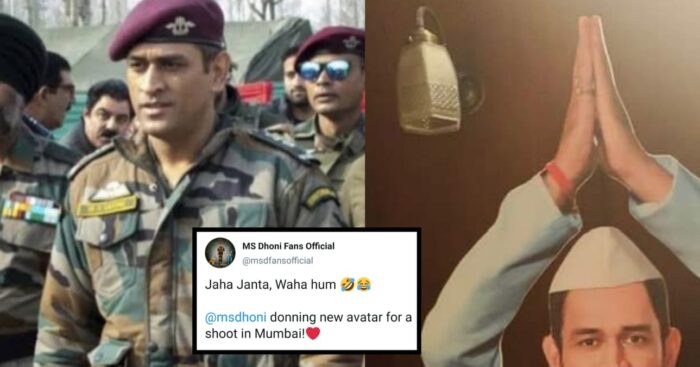 Cricketers these days are not only players but are considered as brands due to their mass following. Especially legends like MS Dhoni, who carry themselves as a gentleman in real life. There is a trend of cricketers and Bollywood celebs investing their money in brands but Dhoni’s new look is surprising online users for multiple reasons.

We all know that MS Dhoni is currently enjoying his life away from cricketing responsibilities. For this, MSD made himself unavailable for the ongoing West Indies tour from all formats.

He is in the Territorial Army as an Honorary Lieutenant Colonel in the Parachute Regiment. Dhoni has spent two months with his troop. During this period, he was responsible for controlling, patrolling duties with his battalion in Kashmir.

Fans have kept their eyes on whatever MS is doing in the army with images going viral on social media. Recently a picture of MS Dhoni in a new avatar has gone viral and fans are curious if MSD is planning to join politics?

Dhoni can be seen in the look of a politician for a shoot in Mumbai. The hoardings are creatively created and it is showcased Mahi is set to join politics. 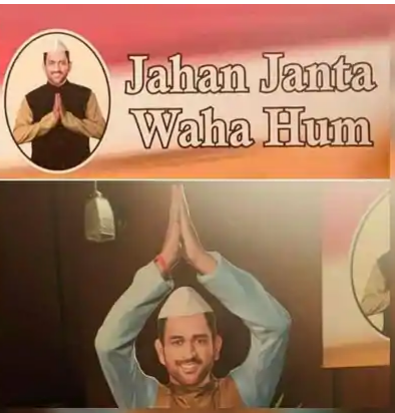 Next PM after modi sir.

What are your views on this marketing stunt? Let us know your thoughts int the comments section.