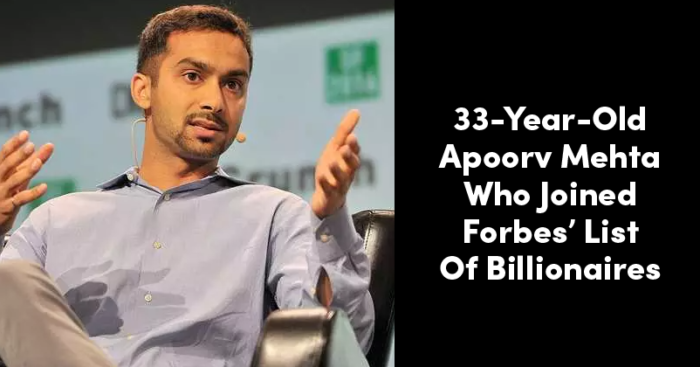 Do you frequently order from Instacart for your daily groceries? You would be delighted to know that the founder, Apoorv Mehta has now joined the billionaires’ bandwagon, as rated by Forbes!

Who is Apoorv Mehta?

Apoorv Mehta is currently a 33-year-old billionaire who has just made it to Forbes’ list with his company, Instacart. Before this, he had tried his hand at many startups. He has a degree in Engineering from the University of Waterloo. He has also worked in several companies before finding his own.

How much revenue has Instacart generated?

Instacart can be accessed through its application available on various mobile devices. The latest funding recorded a revenue of $13.7 billion. Mehta has a stake of nearly 10% in the company and is now at $1.2 billion which has made him reach the billionaire’s list.

The on-demand grocery service saw a hike in sales in mid-April owing to the worldwide lockdown because of the novel coronavirus. Natural, the order value increased all the more which helped the company grow by 500% in the past year. Did you know that Apoorv Mehta had 20 startups that failed before Instacart won the public’s heart? He has really struggled to reach where he is today!