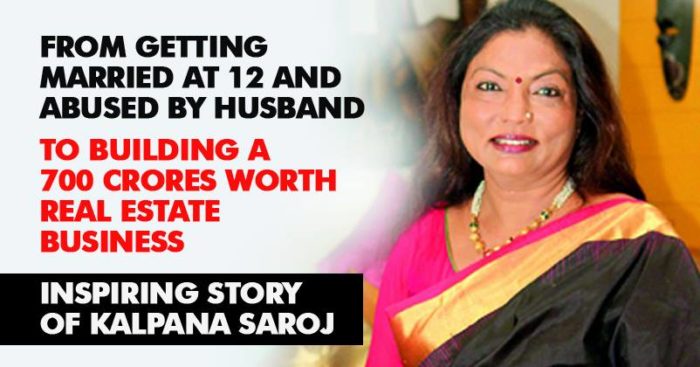 The rags to riches stories tell us about what it takes to reach at the top when all the things in life are going wrong. Such tales inspire people to follow their true desire and work towards something more meaningful than just spending hours to enjoy the pleasures of life. Today, we are sharing with you the life story of a woman who describes the word ‘Slumdog Millionaire’ in the true sense. 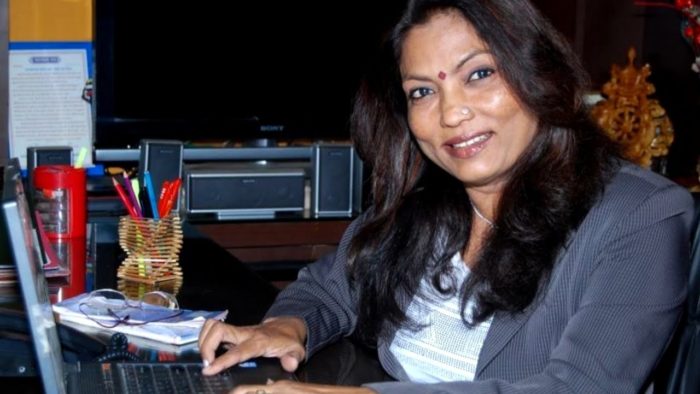 Also Read: 10 Female Entrepreneurs Who Are Challenging Stereotypes In India

Financial problems were not the only obstacle in Kalpana Saroj’s life as she was abused by her husband after getting married at the age of 12. Knowing this, her father brought her back home and she even decided to end her life by attempting suicide. She was sent to Mumbai and has never looked back since then. She has built a real estate business which values over Rs 700 crores.

During the 90s, she worked at a hosiery shop and she decided to open her own boutique. She was fond of listening radio while working and she learnt about government schemes on radio which helped her secure a loan of Rs 50,000.

She is very modest about her success. “When we don’t propagate the good things that people do, why should I make an issue out of the bad things other people have done?” she has said in an old interview.

Her business was going well and she decided to launch Sushikshit Berozgar Yuvak Sanghatana, to help the unemployed. Over 3,000 people joined her association as she had 11 co-workers as the team at the organisation. The younger sister took over the boutique as she was getting popular for her noble work.

Soon she entered into the real estate business which changed her life completely. In a short period of time, she was able to earn Rs 4 crore from the property business. Kamani Tubes was started by N.R. Kamani in 1960, but due to some clashes between labour unions and management the company was shut down in 1985. In 1988, the supreme court ordered to restart the company by giving the authority to the workers in a historic decision. Due to the lack of financial knowledge, the company went into losses and debt was increasing with every passing day. 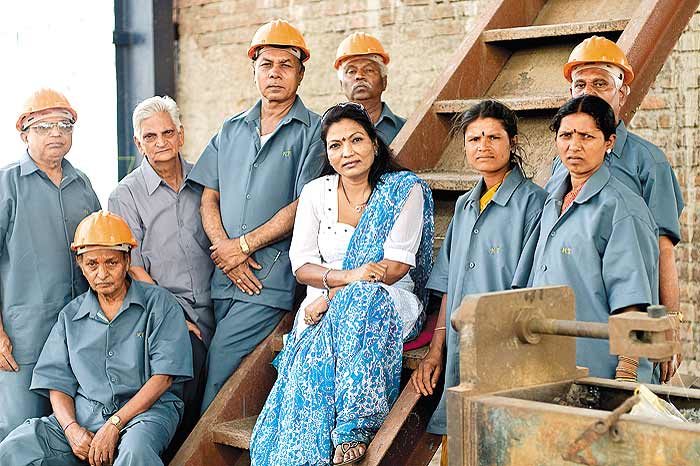 In 1999, Kalpana formed a 10-member team, which included marketing people, finance people, bank directors, lawyers, and government consultants to restart the company. During 2000- 2006, she met the then state finance minister and all those who had given loans to Kamani. Banks agreed to waive the penalties, interest, and also 24 percent from the principal amount to help her revive the company.

“First we cleared the loans,” explains Kalpana. “I had to sell one of my properties in Kalyan, but in 2009 Kamani Tubes came out of SICA (Sick Industrial Companies Act), and in 2010 we restarted the company. We shifted the factory later to Wada, and invested about Rs 5 crore. Within the year, in 2011, we had made Rs 3 crore profit!” she describes this phase in her own words. 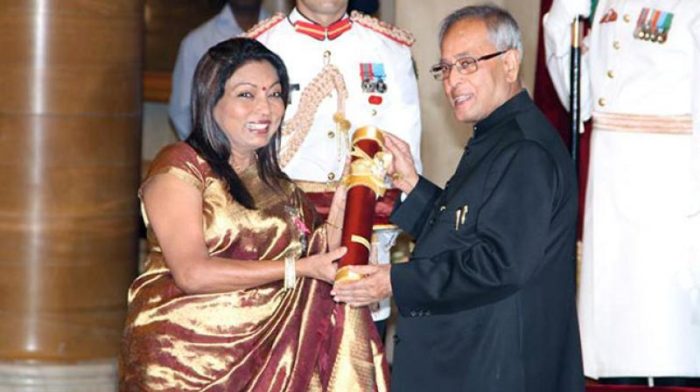 She entered into other businesses one by one and the current combined annual turnover of her businesses is Rs 2,000 crore. Kamani Tubes is now a profitable company, with a profit of Rs 5 crore every year.

Kalpana has the honor of Padma Shri for Trade and Industry in 2013 and was appointed to the board of directors of Bhartiya Mahila Bank by Government of India.