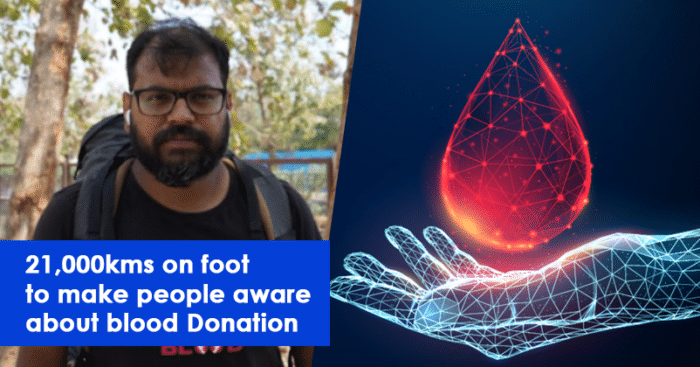 With COVID-19 being a part of our lives for a good two years, wherein the toll of people being tested positive peaking as high as 4 lakhs a day, voluntary blood donations have as a result upped significantly. Even after cases dwindling and now reaching a relatively negligible number, people are doing their bit, so that there is no shortage of a basic need-blood, for any such future calamity.

One person who is putting immense efforts in making people aware of the same is Kiran Verma, who is credited with conducting the longest blood awareness campaign ever by an individual in the world. 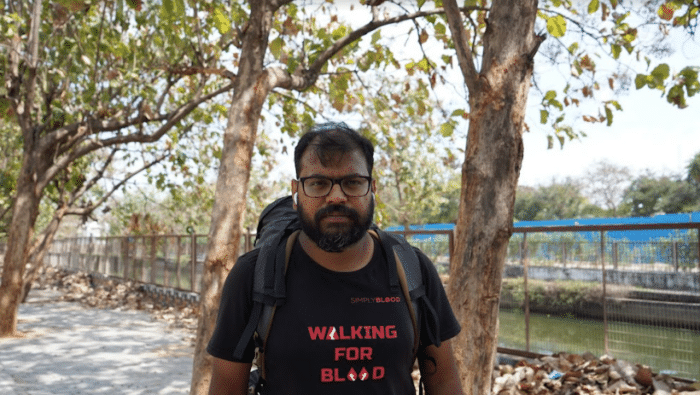 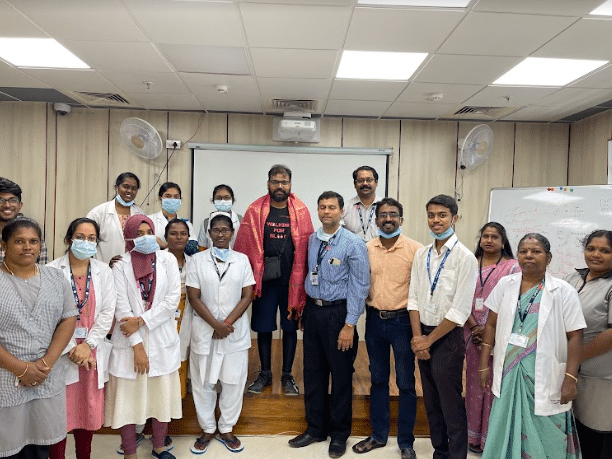 He will now continue his journey via Daman, Diu and Ahmedabad. 31 blood donations camps in various places, collecting more than 4007 units of blood, with more than 1000 donors, have further encouraged him to keep walking and going on quite literally.

But what prompted him to do this?

Three years before COVID-19 hit the country, in 2016, a poor family from Raipur, made Kiran resolve, that no family will die due to a lack of blood by 2025 in India.

Kiran had started ‘Simply Blood’. On being informed about a poor family from Raipur that wanted blood, he personally did the needful, saving a life. But this very same voluntarily donated, free-of-cost blood was sold to a family for INR 1500/- and in order to repay the amount, the lady had to resort to prostitution. Uninformed, he went to meet the family and on knowing the truth, which was difficult to stomach, he left his job the same day, to work towards his goal.

Delhi based social worker Kiran Verma found ‘Change With One Foundation’ under which he operates two platforms- Simply Blood & Change With one Meal.

In order to spread awareness about both these programs, Kiran has covered over 6,000 km on foot.

‘Simply Blood’- Launched in January 2017, this is the world’s first virtual blood donation platform that connects blood donors and blood-seekers, without charging any of the parties. The program has served more than 35,000 potential lives.

‘Change with One Meal’- Under this initiative, unlimited meals are served for INR 10/- in Delhi. In the last year alone, they have managed to serve 10,00,000 meals.

Here’s wishing Kiran Verma, all the very best and a heartfelt thank you for all that he is doing for humankind!