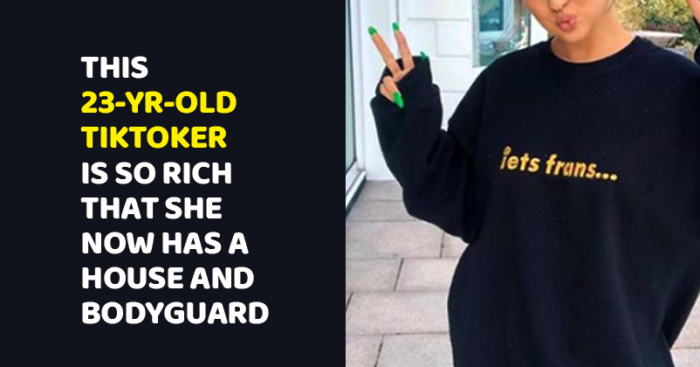 If you have ever wondered how fruitfull can it be to be a social media influencer, then this story might help you understand.

TikTok is one of the most widely used social media apps that has seen a surge in its users since the day of its launch. There are people from all walks of life, from young to elderly, from people sitting in their fancy luxury cars to people with not so fancy cars.

Some have got the desired fame from the app while some are still struggling to get noticed.

But there is one girl who has cracked the code and has become immensely rich all thanks to the app.

A 23-year-old girl, Holly Horne, has a total of 1.6 crore fans on the social media video app TikTok. Because of this, she has become so famous and financially rich that she keeps bodyguards for her safety and her mother has now quit her job. She has now become a big superstar in Britain. 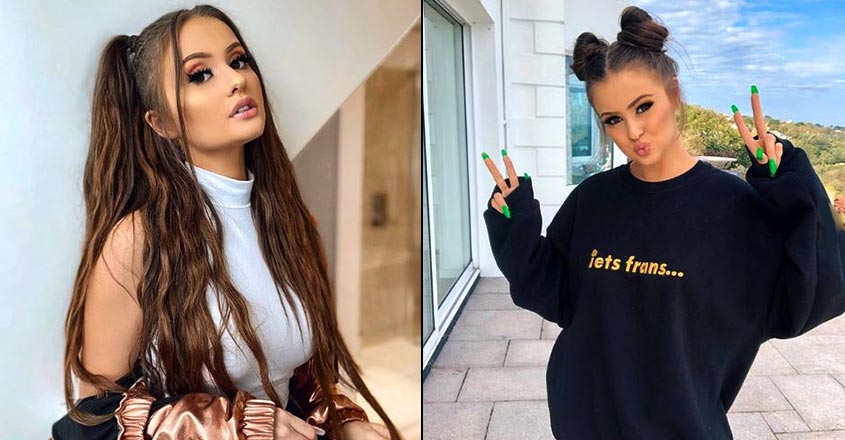 The 15 seconds Tik Tok video has a huge appeal that millions of her followers wait eagerly for her updates.

As reported by Mail Online, the makers of BBC‘s ‘Strictly Come Dancing’ only manage one crore viewers per episode. This video has given Holi unprecedented superstardom on the Internet.

Holly‘s 45-year-old mother, Jodi, told The Mail, “My friends behaved in such a way that it happened? To be honest it’s weird. I really don’t understand it, but she’s making money from it. Is. That’s why we’re also with it. It’s a fascinating career. It has surprised me. ”

Holly used to live with her siblings Megan (19) and Phoenix (12). But now after her stardom, she has moved with her family to a four-bedroom house in West Sussex, near London, to meet advertisers and agents.