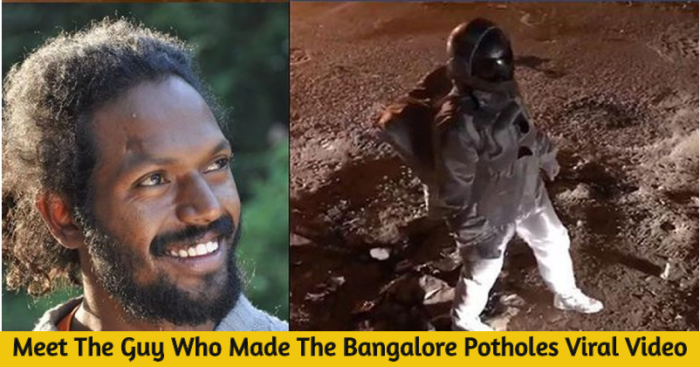 Not all of our talented astronauts come from ISRO, some come from the world of social media as well.

A man from Bengaluru recently took the internet by the storm when he posted a video of him dressed as an astronaut walking all over the potholes of the city. Not only did the video manage to garner thousands of likes and shared but also caught the eyes of the government authorities. 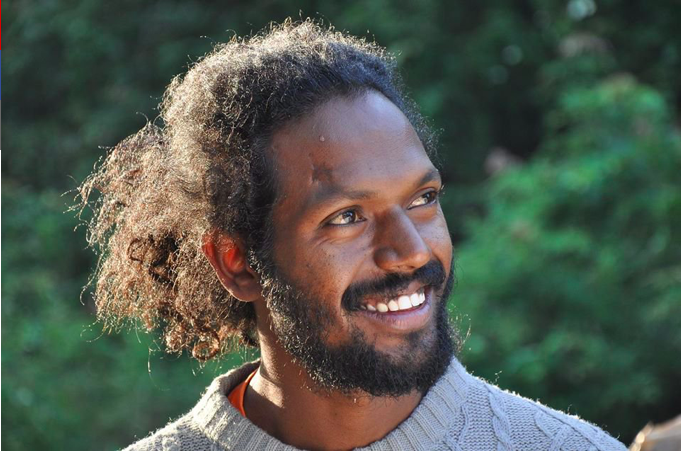 The video at the beginning shows an astronaut walking on the surface of the moon but gradually as the camera pans away, one not only gets to see the vehicles passing by but also come face to face with the real condition of the roads in Bengaluru.

The video was made and uploaded by Badal Nanjundaswamy, an artist from Mysore who with this video wanted to highlight the problems that people of Bengaluru face every day. The internet sensation also hs several black and white wall portraits to his credit which includes Sachin Tendulkar’s portrait in the Students’ Activity Center in IIT Bombay. He is also well known for his 3D paintings, murals, sculptures, and art installations.

He enjoys a following of over 28.1K on Instagram which is flooded with creativity.

In an interview with ANI, Nanjundaswamy said, “There are bad roads everywhere in the city. As residents of Bengaluru, we face a lot of problems. These potholes even cause accidents. This is why I am trying to highlight these issues.”

He further added, “Earlier, I had painted on a pothole in the road and posted it on social media. The civic authorities fixed it immediately. My experience so far has been good.”

He also shared how a few people do not understand his creative yet effective ways and often end up threatening him legally. But he continues with his work knowing he is raising his voice for the betterment of the society.

As art in this form has its limitations, Nanjundaswamy has taken these issues to the big screen as well. He became the production designer for “U-turn”, a popular and hit Kannada film in 2016 that was scripted around an accident that he had met with in the past. He has also been part of another Kannada cult film, “Lucia” which was one of the first successful ventures executed through a crowdfunding model.

While where mostly people seem to enjoy fame and recognition, Nanjundaswamy in an interview said, ““I am scared of recognition.”