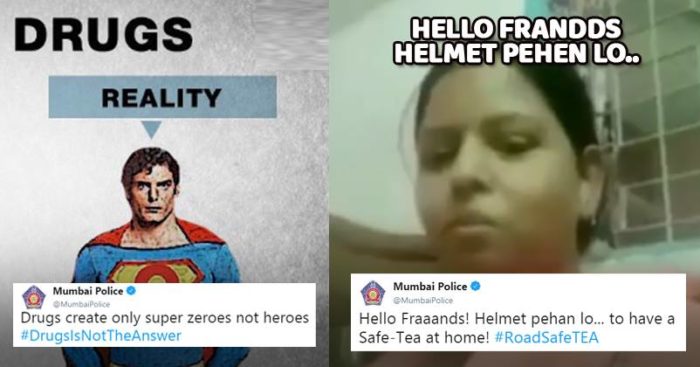 Digital media has revolutionized marketing and advertising. Social media can be beneficial not only for business purposes but also for government’s interaction with people. We haven’t seen a government social-media account with this much fun. The Mumbai Police joined Twitter in December under the handles @MumbaiPolice and @CPMumbaiPolice. Digital agency Trivone is managing the account and the team is successfully addressing issues like cyberbullying, drugs and traffic safety in a language that today’s generation loves to understand things with.

Mumbai is a city of dreams and people here are always in a hurry, using Twitter to raise awareness for safety rules is a great initiative because citizens feel more connected to the Police and can easily share the issues they face.

The team behind the tweets 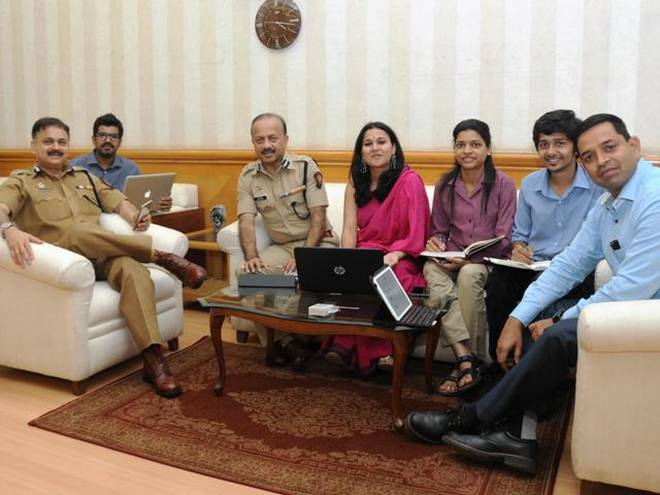 Of course, such creative work requires effort and team work. There are at least 6 people who take credit for the copywriting. The team includes 4 professionals from Trivone, a former crime journalist and Commissioner of Police Ahmad Javed. Javed himself leads the team and approves of all the creativity and content that is published on the page. His interest in wordplay is evident from the tweets on his own official Twitter page:

Don't let your driving be the reason that drives us crazy. #FollowTrafficRules

Words when spoken and signals when broken have consequences. Don’t jump signals!

“It took a while to convince the Mumbai police to join social media, but in a city like Mumbai, Twitter can be a very effective way to communicate with people,”

said Sunchika Pandey, one of the journalists from Trivone team who formally handles the city police’s Twitter account.

“The police is often seen as rough and tough, but Mumbai city has a sense of humour, and the CP was always open to adding humour to the tweets,” she added in a recent interview.

Mumbai Police daily receives hundreds of complaints via Twitter and every complaint needs to be responded carefully. Responding to complaints gives out a very good message that Police is transparent and accountable for every work.

“As soon as we get a complaint, we contact the person, get to know about the offence, and direct it to the concerned police station, with instructions to take quick action. We then check with the police station about the action taken,”

Mr Bharti, another team member revealed. Everyone has been told to not respond to a complaint tweet unless an action has actually been taken.

It's still #aprilfoolsday for miscreants who believe they can stay out of our reach eternally ! #BeSmartNotAFool pic.twitter.com/F6xlNQRNYm

What you think vs What you actually get

What you think you will get when you do drugs – A Real High!

My data is my data

Mind your own data to make sure that no one else takes advantage of it to beat you in the #RaceOfSafety pic.twitter.com/WJ4ADZEl1a