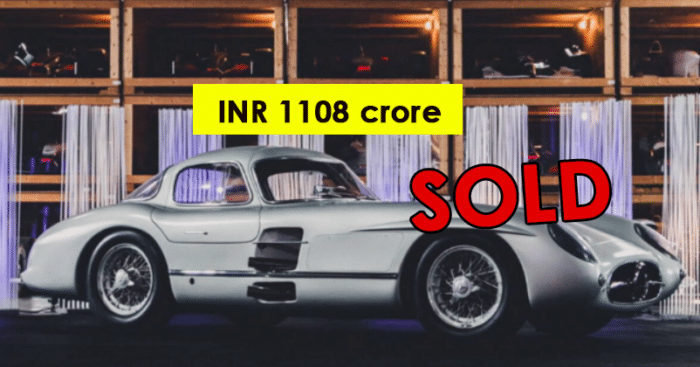 Some iconic and timeless cars have been sold for outrageous amounts in recent times. However, the 1955 Mercedes Benz 300 SLR Uhlenhaut Coupe has made history by becoming the most expensive car ever to be sold.
Previously owned by Mercedes -Benz, the car was sold in a private auction on 5Th May. The procedure was conducted by Canadian auction house RM Sotheby’s at the Mercedes-Benz museum. 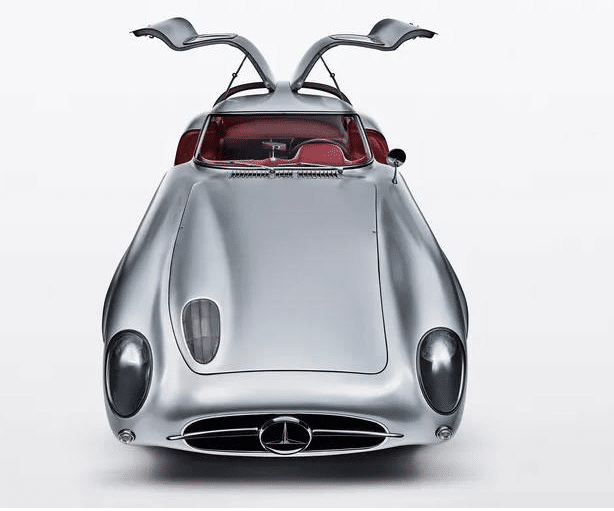 The Car and its Sale

Named after the Chief engineer Rudolf Uhlenhaut, The Uhlenhaut Coupe was sold at a whopping INR 1108 crore to an anonymous buyer, making it the most expensive item ever to be purchased at an auction. The SLR 300 was based on the celebrated and successful design of Grand Prix Car W 196 R, which comes with a larger 3.0 liter straight eight engine enabling it roar at a speed upto 288kph.

Only two 300 SLR Uhlenhaut Coupes have been made by Mercedes-Benz till now, and the one sold was chassis 00008/55. 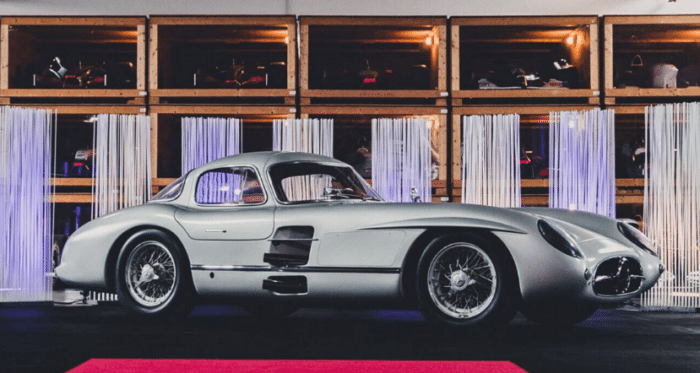 The proceeds accumulated will be used to establish a global Mercedes-Benz Fund, that will work in the areas of environmental science and reducing carbon emissions, along with providing educational and research scholarships.

The anonymous buyer has agreed that the car will still make public appearances, and remain on public display on particular occasions.

The Ferrari 250 GTO had won the 1964 Le-Mans 24 hour. And in 2013 the Mercedes-Benz W196, used by Juan Manuel Fangio for racing, was sold at around INR 225 crore. It was the most expensive car sold till the Uhlenhaut Coupe. SO, one can see that the most expensive cars to be sold were Ferraris until May 5th 2022.

Simon Kidston, head of historic car specialist Kidston SA, said, “If you had asked classic car experts and top collectors over the past half a century to name the most desirable car in the world, there’s a good chance that they would have come up with the same model: the Mercedes-Benz 300 SLR.” He also referred to the car as the ‘Mona Lisa of cars’.