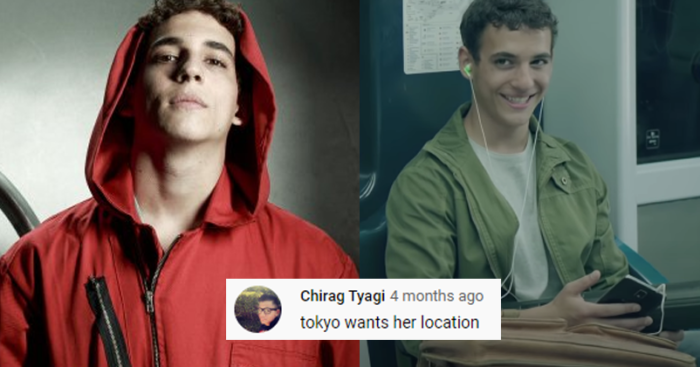 How many of you have watched the famous Netflix series Money Heist (La casa de Papel)? Now, how many of you are the fans of the entire star cast? For you, we bring a piece of interesting news that is sure to brighten your day.

All the Money Heist lovers are aware of the characters Rio & Tokyo whose love story was one of the best parts of the entire show. Well, did you know that Rio, Miguel Herrán, had once featured in an Indian ad?

Miguel Herrán was in an ad of Gaana.com, India’s largest commercial music streaming service, back in 2015. If you cant believe it then see for yourself.

Someone pointed it out and now people cannot stop watching it in a loop. Many people commented how amazed they were to see him in an Indian ad and lip-syncing to a Hindi song. 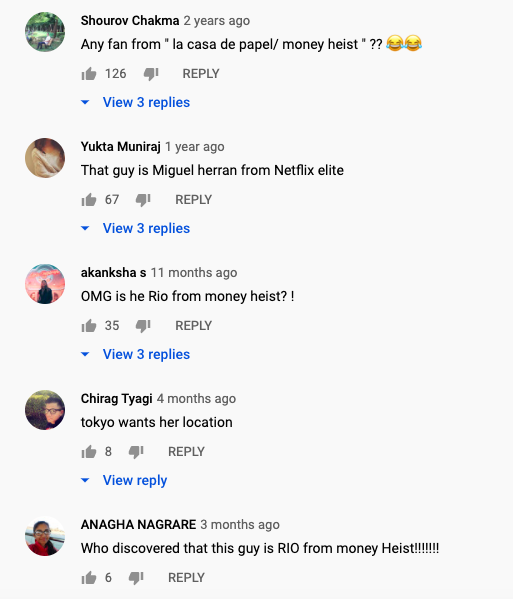 The comment section was full of people who could not believe that one of their favorite Spanish actors had worked in an Indian ad. However, he is not the first who seems to have an Indian connection. Apparently, Nairobi, Alba Flores from Money Heist has also had an Indian Connection.

A while back, an old video was doing rounds on the internet wherein Alba Flores can be seen speaking Telugu fluently. In 2013, Alba had appeared in a Spanish film called Vicente Ferrer where she played the role of a Telugu woman and had learned to speak in Telugu for her part in the movie.

So, who was your favorite Money Heist Character? Do tell us in the comment section.