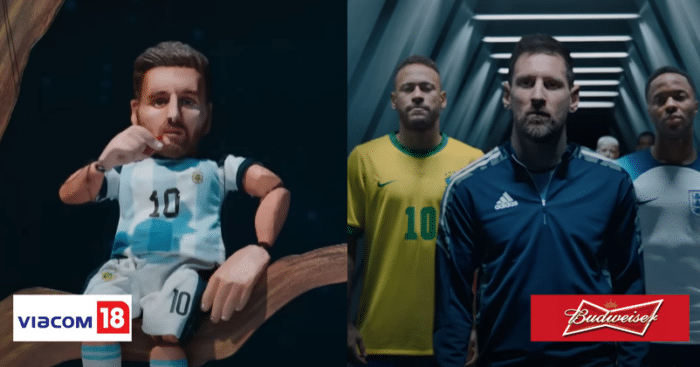 The 22nd edition of the FIFA World Cup will be played from 20 November to 18 December in Qatar between 32 teams that will compete across 64 matches. It is without a doubt the most watched and followed tournament in the world.

Every year, billions of people come together to watch this sporting event either in person or through television or their handheld smartphones. There are many places that keep a special screening of the matches for the fans who could not make it to the event personally.

Most cafes and lounges in the country have special screenings for FIFA World Cup and the place is usually packed during that time.

Keeping in mind the strong fandom and viewership the championship has, brands come up with their best campaigns for the season to tap into their TG.

Global brands have been taking the lead for decades now when it comes to campaigns for the World Cup season. Budweiser has been associated with FIFA for over three decades now and has made it a point to roll out some of the most talked about campaigns each year.

But this year, there have been certain Indian brands like Amul have announced their association as the regional sponsor of Argentina’s football team for the FIFA World Cup. Other than that, BYJU’s is the official sponsor this year.

Here are some of the most talked about campaigns of FIFA World Cup 2022.