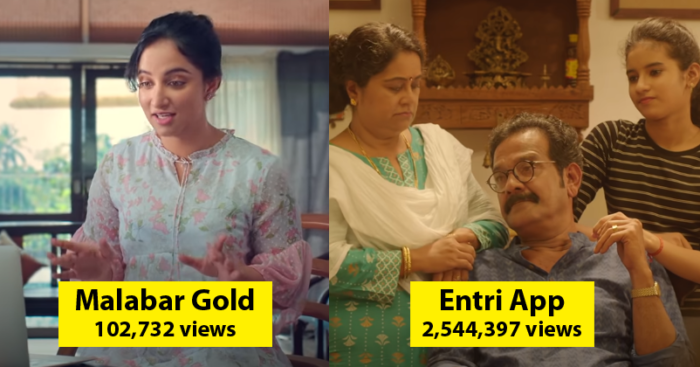 Youtube is known to release leaderboards for all the ad campaigns that capture the audience’s attention. Many ad campaigns by leading brands across industries have been named in the list depending upon the reach and impact they have had on the viewers.

For the first time, Youtube has launched a list of the top 10 most-watched ads released in the second half of 2020 in six regional Indian languages.

Amul has released a video campaign in Tamil where a mother’s love is celebrated. Every family has a loving and caring mother and they show their love in the scrumptious food they always prepare for us.

The monsoon is here and with it, Dengue and Malaria causing mosquitoes. Worry not, bring home Goodknight Gold Flash to protect your family, this season. Its visible Flash Vapours reach every corner to give a Dhapaak to mosquitoes. Have a happy monsoon!

After 15 years of marriage, many things seem to have been forgotten. On her 15th wedding anniversary, she gets a pleasant shock when she feels the same way. The real jewel of the husband is the wife who is overwhelmed by the memories of the wedding day after seeing the garland wrapped in love and the mangalsutra he bought. ‘I have brought this journey of love for 15 years just for you’, says the ad.

Byju’s regional ad in Kannada stars the superstar Sudeep who is the face of the learning app.

Kalyan Jewelers has shared a beautiful bride story in their new ad campaign in Tamil. The brand showcases that they take pride in being a part of your bridal story – no matter how intimate or elaborate it may be. Their newest offering, #MuhuratAtHome celebrates the homely or intimate weddings that calls for the participation of every family member, making it that much more special. Explore our Muhurat Collection.

Malabar Gold Diamonds has launched their everyday wear jewelry for women who live life to the fullest.

Cadbury‘s Rakhi celebration ad in Bengali is a reflection of the beautiful relationship of a brother and her sister.

In spite of no support and resources, Sujit Chattopadhyay never gave up on his desire to educate underprivileged children from nearby villages and forest lands. Having turned his veranda into a school for his eager students, he teaches us that an opportunity to smile can be found in the unlikeliest of places. #SmileKaroAurShuruHoJao.