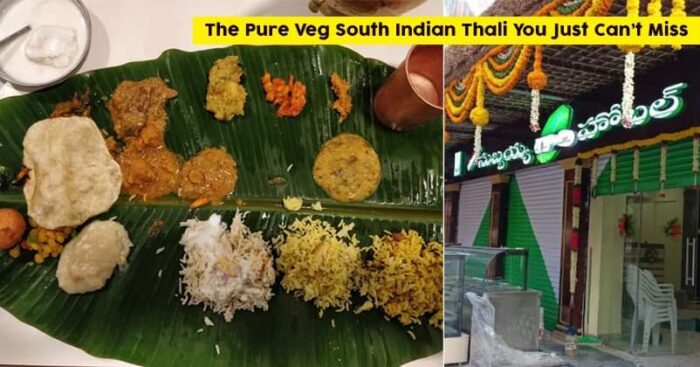 Fall in love with food all over again! 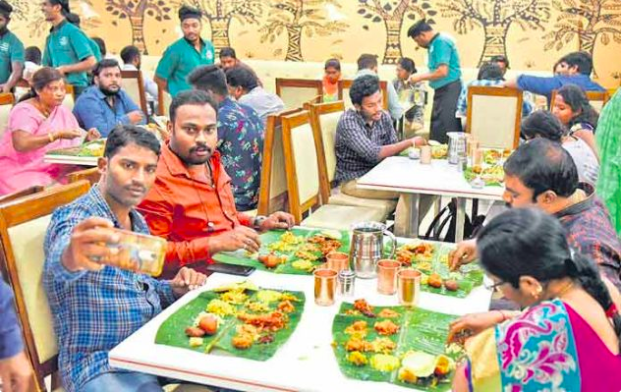 Staying true to its cultural roots the restaurant is known for its delicious thali that is served on banana leaves and consists of about 32 dishes in total which are prepared only with organic farming vegetables. Also, the ambiance of this increasing popular vegetarian restaurant serves as a cherry on the cake as it comes laced with old school hospitality.

It all began in 1950 when G Subbayya started a mess with 10 people that served for mere 50 paise. Prominent personalities like former Prime Minister P.V.Narasimha Rao and former Chief Minister N.T. Rama Rao were among their patrons.

“We treat our food takers as relatives. Our assistants are happy to take an opportunity to serve you an appetizing and finger-licking food,” the hotel says.

Subbayya Gari Hotel set up its first branch in Hyderabad in 2018 and now has four branches in the city at Malakpet, Ameerpet, Kondapur, and Kukatpally.

“Around 2,500 customers turn up at our Kukatpally branch every day. The rush is twice the usual on weekends. We serve over 32 dishes that include four rice items, different types of curries, chutneys, fries and sweets. A glass of buttermilk and the sweet pan is served at the end,” says Pravin, a staffer at Subbayya Gari Hotel.

It’s been six months since the hotel started its online delivery service and is already receiving a good response. It uses organic buttas or baskets for the parcel. Hot rice, idal, dessert, sambar and curd are included in butta bhojanam along with a set of banana leaves.

Guess we’ve found you a place to add on your bucket list!