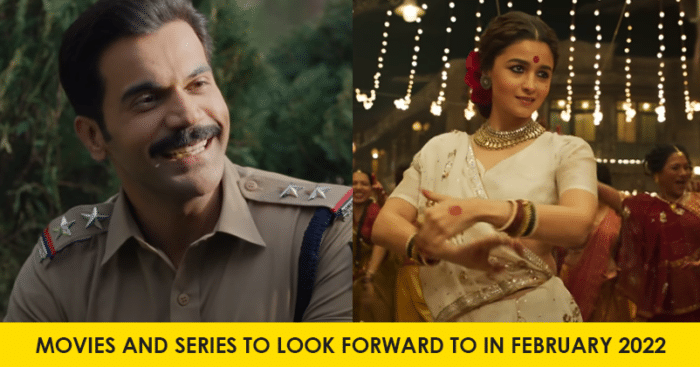 In the current crisis period the scenario all over the world for the COVID-19 pandemic, people are mostly homebound. There has been partial or whole lockdown in certain places, especially in a country like India. If you are already bored and have no clue what to do next then you are at the right place, here is the list of some of the most awaited films releasing on the month of Feb this year that you should definitely give a watch!

An Amazon Prime Originals, Gehraiyaan has already created a lot of buzz with it’s fabulous portrayal of the plot and story line along with starring some of the most talented and biggest actors of Bollywood like, Deepika Padukone, Siddhant Chaturvedi, Naseeruddin Shah and so on. If you are looking for something fresh to start with, this is the perfect series for you- by taking you on a journey into the deep rooted intricacies of modern human relationships. Directed by Shakun Batra this series is one of the most awaited one streaming at Amazon Prime.
Release Date: 11th February,2022

The film is atribute to two of the biggest names of all time, scientist Homi Bhabha and Vikram Sarabhai played by Jim Sarbh and Ishwak Singh respectively. The eight episode series, directed by Abhay Pannu, is a beautiful homage to the legends. If you are looking for something inspirational and interesting at the same time then this series is for you premiering on Sony Liv.
Release Date: 4th February

Starring Rajkummar Rao and Bhumi Pednekar in the lead roles this film unwinds itself with a dramatic twist as it proceeds further. Rajkummar Rao is playing the role of a Police officer named Shardul and Bhumi will be portraying the role of Sumi, a physical education teacher as the movie progresses they are seen to get hitched but there is a twist to it. To know what it is who have to watch it on the theatres this Feb.
Release Date: 11th February, 2022

Loop Lapeta movie is the official remake of 1998 German film Run Lola Run written and directed by Tom Tykwer which deals with the plot of a woman who needs to obtain 100,000 Deutsche Mark within 20 minutes to save her boyfriend’s life. Starring Bollywood superstar and extremely talented Taapsee Pannu this movie is worth a watch only on Netflix.
Release Date: 4th February, 2022

A biography drama film based on the biopic of legendary women cricketer of team India, Mithila Raj- The role being played by Taapsee Pannu, this film revolves around the instances and occurrences of her life, her story, the battles she has fought, all the hardships faced, everything related to her struggling career days and how she changed the game and opinion of the people with her fantabulous stroke play!
Release Date: 4th February,2022

One of the most awaited films this year, Gangubai Kathiawadi starring Bollywood superstar Alia Bhatt is complete show stopper. Directed by the legendary director, Sanjay Leela Bhansali this film portrays the story of the mafia queen and matriarch, Gangubai in the late 1960s. Going with the plot, Gangubai was pushed into prostitution at a very young age by her lover and then gradually she turned out into a powerful and influential woman who had connections with the underworld too.
Release Date: 18th February,2022

And it’s a wrap! Here were some of the must-watch series and movies that you can binge this February.