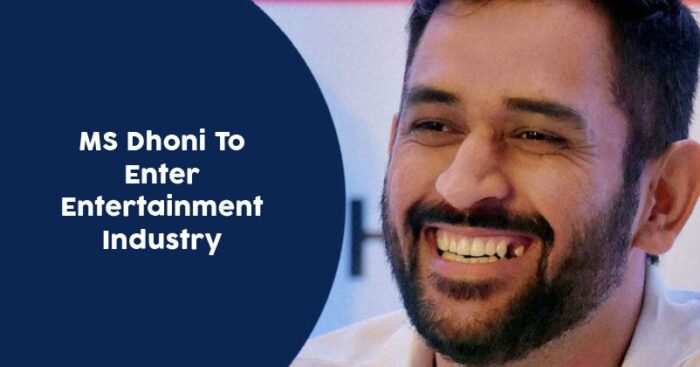 Soon Mahendra Singh Dhoni will begin his new innings by becoming a businessman. Indian cricket team‘s ex-captain, MS Dhoni is starting a company by the name of Dhoni entertainment.

Dhoni entertainment has a long-term partnership with production house Banijay Asia and will jointly create all genre’s of content for several platforms. Banijay Asia is a 50:50 joint venture between Deepak Dhar, former MD of Banijay and Endemol Shine India, the world’s largest independent content maker. MS Dhoni told Economic Times in an interview that he has been fascinated with the entertainment industry ever since a movie was made on him. He also expressed that he wants to tap into many such topics & content that hasn’t been seen yet.

About his partnership with Dhar and Banijay, Dhoni said that Dhar has a lot of experience in the area and that is what has encouraged him to take up this venture. He has also been impressed by the content that Banijaya Asia has prepared so far.

Dhoni added, “We are preparing to bring to you contents that are beyond thrill and excitement.”

This maybe Dhoni‘s first-ever official venture into the entertainment sector but he has some indirect ties with the industry. His manager Arun Pandey has already produced a film on his life titled ‘MS Dhoni – The Untold Story‘, which was directed by Neeraj Pandey.

When Dhoni was asked about what new contents they were working on, Dhoni said that they do not want to restrict themselves to sports only. Dhoni Entertainment will produce content of every genre. He also said that there are many projects in the pipeline and will soon be making the announcement for them.

We have all loved our ‘Captain Cool’, it is now time to see how well his new business venture is welcomed by his fans and followers.