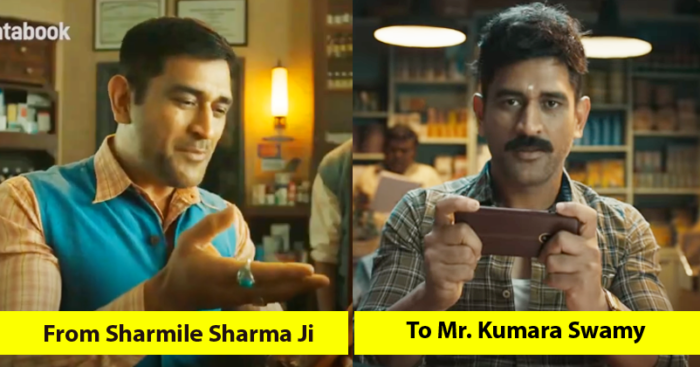 In March this year, Khatabook announced a partnership with former India captain M.S. Dhoni. Apart from investing in the business app that helps MSMEs streamline business transactions online, Dhoni has also become the face of the company’s ad campaigns.

Khatabook’s marketing team is making the most of this opportunity by introducing ad campaigns that have engaged the audience with their content and of course with M.S. Dhoni. Watching Dhoni play on the field has been a treat for all but now his cool Khatabook Avatars have left us all in awe. 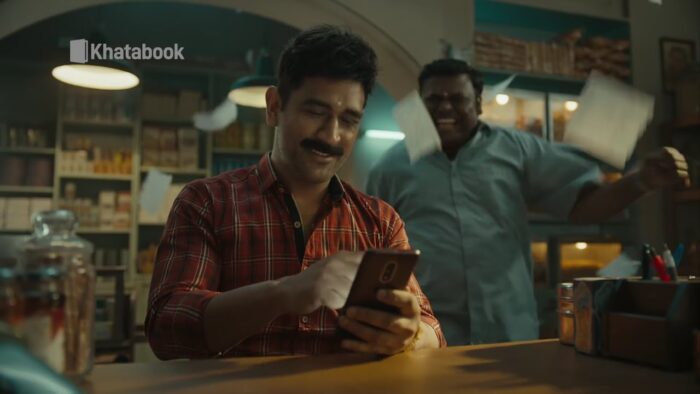 The set of three ads show Dhoni in never-seen-before avatars. The first campaign showed him as an innocent shy shopkeeper who was unable to refuse credit to his regular customers. But with the help of Khatabook, ‘Sharmile Sharma Ji’ is able to keep a track of all his debtors and thankfully his books are now sorted.

In the next campaign, Dhoni’s avatar is something that plenty of viewers loved for his acting. Dhoni as ‘Tomorrow Swamy’ engaged his fans a lot as the forgetful shopkeeper Kumaraswamy.

Dhoni as 'Tomorrow Swamy' is adorable 😍

MSD aced his character as Techno Tawde in the third ad campaign too. The video shows how tech-savvy Techno Tawde gets confused with all the QR code payments and is unable to keep a track of them all. But with Khatabook he now has all transactions in one app.

MSD As Techno Tawde Is The Latest Awesome Thing To Watch.. 🔥

Khatabook has made sure that they keep their audience engaged all through the Brand campaign using interactive contests on social media. #MahiKeSaathSelfie contest received a lot of engagement from its followers including celebrities too.

Khatabook, in partnership with MS Dhoni, is ensuring that it’s ad campaigns give the message that managing books can be fun and easy at the same time. The popularity of the brand is evident with over 300,000 followers across all social media platforms and multiple language pages on Facebook.

Khatabook X Dhoni partnership is definitely a winning one. Being from a small town himself, Ranchi-born MSD relates to the issues of small businesses and is able to connect with the user base across the country.

All in all, these three campaigns by Khatabook resonated pretty well with the users of app and the type of situations they face in daily life. Such campaigns help a brand to connect better with the target audience forming a long-term relationship. What are your thoughts about this campaign? Share your views in the comments section.