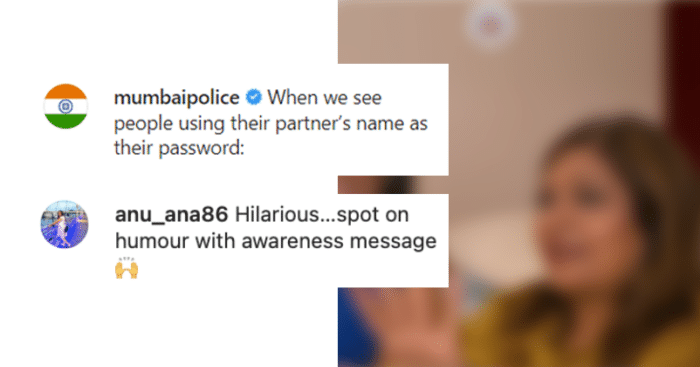 Social media has become a fascinating place. With the meme culture on the rise, it has become nearly impossible for us all to stay away from going online.

The meme game has become so prominent, that every new launch, whether a brand’s product launch or a movie launch, is incomplete without the meme fest.

The craze is so high that government bodies have joined in on the trend. The Mumbai Police’s Twitter and Instagram account has been one of the most savage accounts on social media when it comes to making memes.

A recent post by Mumbai Police is winning the internet. The account has been known to spread awareness of the day-to-day laws in the most interesting ways possible.

This time, Mumbai Police chose to alert people on how to keep a secure and strong password to avoid any cyber crimes. But for this, they chose the Indian Matchmaking’s Seema Taparia’s meme and boy did it it fit well with the message.

As soon as the meme was shared, people were highly impressed with the level of wit shown in the post and were all praises for whoever is in charge of the handle. 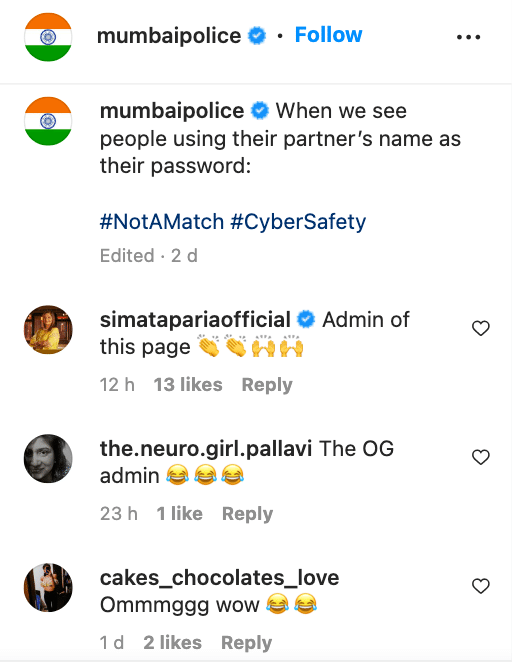 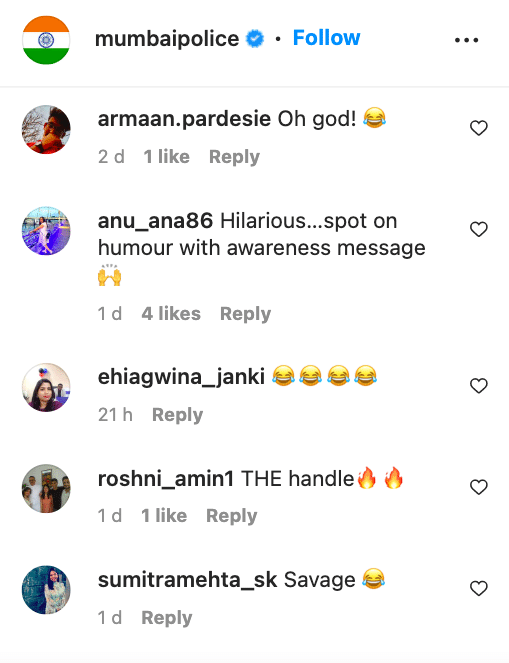 It seems Mumbai Police has become one of the most entertaining accounts on social media as they are able to attract a lot of attention from people.

That has been their ultimate goal, to spread as much awareness as possible, and the best thing is that they do it in the most relatable way possible.