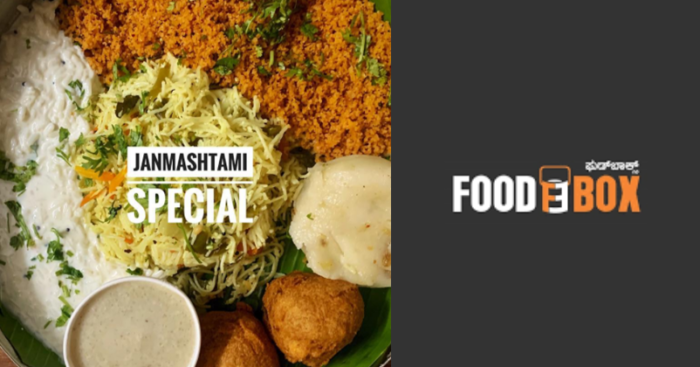 Youth today have become more inclined towards starting their own business. The enthusiasm is so high that many chose to give up their regular, well-paying, jobs and decided to start something of their own.

Murali Gundanna of Mysuru is one such techie who was working as a software engineer but quit everything to start his own food business.

Murali had graduated in 2014 and was working with the JSW group as a software engineer in Bengaluru. However, he could not get over the urge to start a business of his own. One day, almost a year in his job, he just walked into his employer’s cabin and informed him about his future plans.

To his surprise, his boss was very supportive of his plan and offered him three months paid leave, and if he did not succeed he was even given an option to join back the office.

Murali was sure about his business idea and knew he would not need to go back to his job. He went back to Mysuru and with the help of his grandmother Indiramma, along with his aunts Usha and Sandhya, decided to start ‘Food Box’.

The Hardwork & Teamwork That Made ‘Food Box’

It was in December 2015 that Murali’s grandmother and aunts started preparing pulao, curd rice, kheer, and fruit bowl. Once the boxes where prepared, he would deliver it with the help of his friends Manju, Vinay, and a cousin Skanga.

They decided to use the Garage space as their Kitchen and even borrowed 2 spare stoves from the family.

Initially, they started to spread the word about ‘Food Box‘ by visiting friends and acquaintances working in IT firms. Murali was able to sell around 15-20 boxes in its initial days. However, slowly the word spread and ‘Food Box’ started selling 2000 boxes a week in Mysuru.

Since then, the small startup has grown immensely and now employees a team of 27 professionals and chefs and around 30,000 registered users across Mysuru. The food can be ordered online just like using any other food delivery app. The menu offers food from different cuisines like North Indian, South Indian, and Chinese.

The company’s popularity had grown so much that even the Infosys’s co-founder, Narayan Murthy, ordered food from Murali’s ‘Food Box’.

What Murali and his team have achieved is nothing short than a dream. They offer appetizing food with assured quality and safety at a very affordable price which attracts more and more customers and even has many repetitive clients.

What started with merely an idea and almost no investment now has an annual revenue of Rs 1.5 crores. The success of ‘Food Box’ is all credited to the hard work and dedication of Murali his grandmother, aunts, and his friends and cousins. The sheer teamwork and promise they showed are what has made Food Box a huge success today.