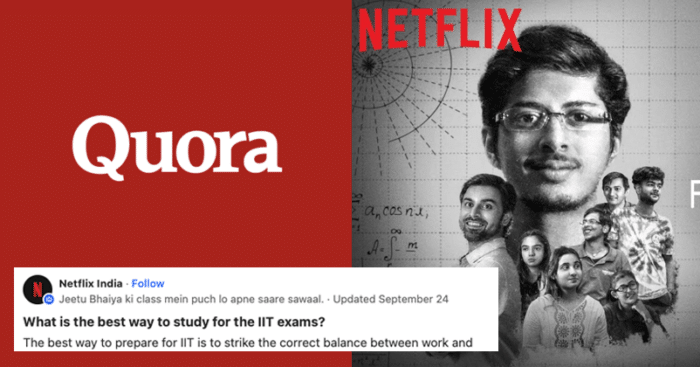 OTT platforms have become all the rage in the entertainment industry. In the past few years, these platforms have gained millions of users making them the leading choice for various production houses.

While there are many companies in the OTT industry, Netflix has become one of the most popular choices. As per Statista, for the second quarter of 2021, Netflix reported nearly 210 million paid subscribers globally.

Netflix has also launched many of its original series that gained more popularity than the rest. However, the brand has also released shows which earlier premiered on other platforms.

One such add-on to the Netflix library is the very popular show ‘Kota Factory‘. The OTT platform acquired the distribution rights of the second season. 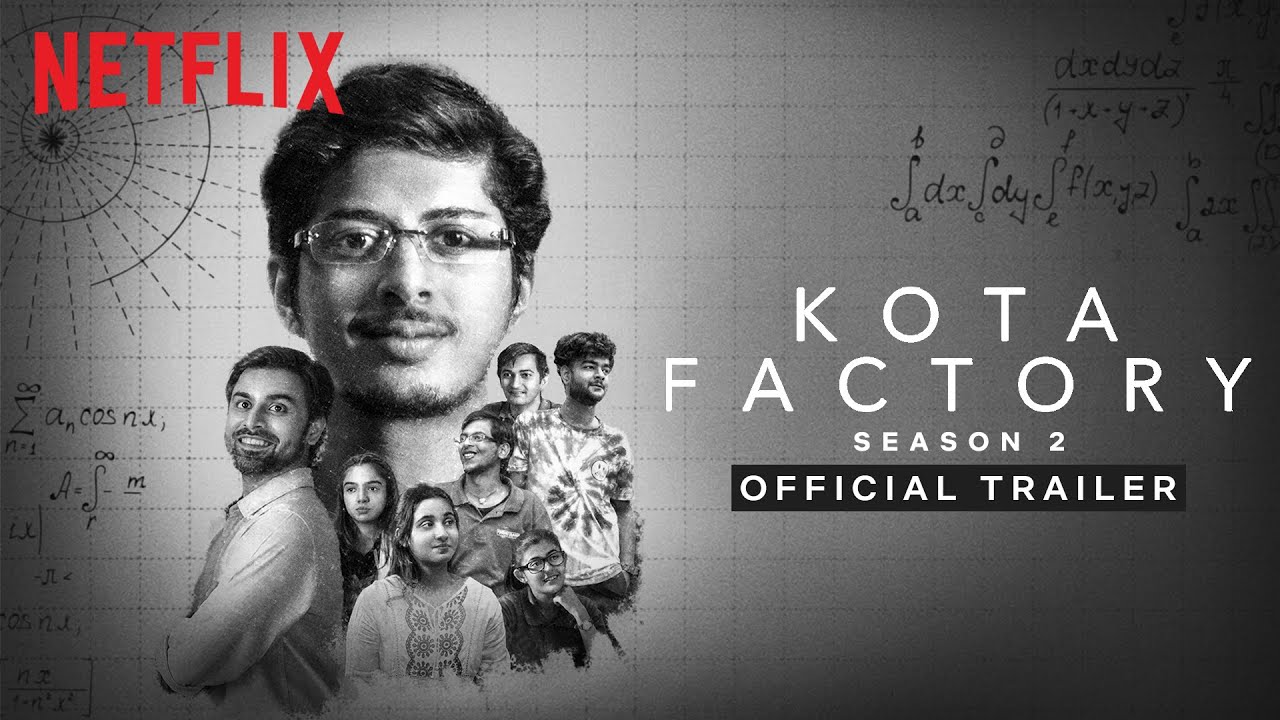 The brand has not left a stone unturned to promote the drama-comedy series it seems. In order to promote the show, Netflix recently set up its official business page on Quora.

As a platform, Indians use Quora the most to seek answers to their questions. For a country-driven with IIT entrance, many of the questions on Quora are related to education. 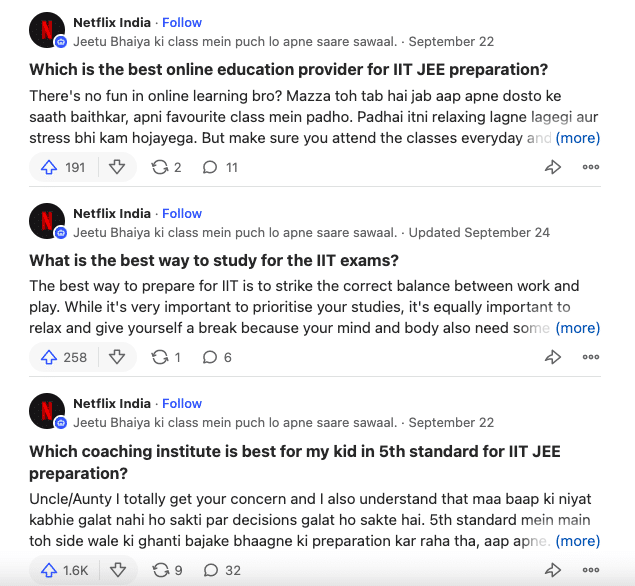 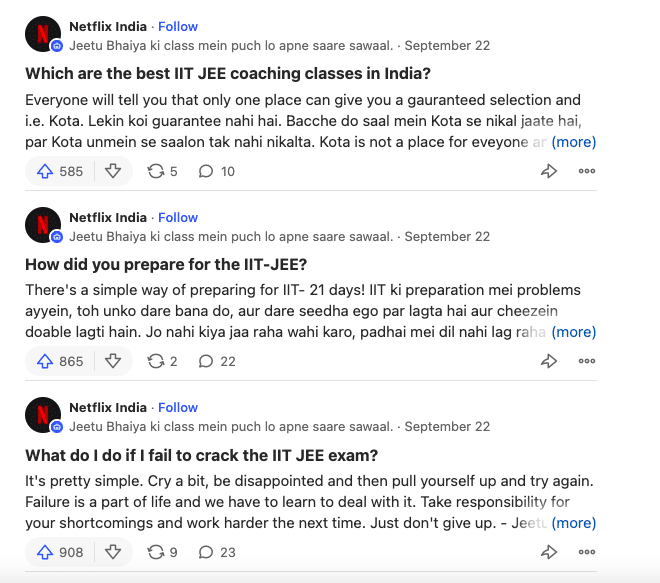 The questions put forward by the OTT platform were very quirky and relatable. This made each post go viral almost instantly and garner a lot of engagement.

Though the page was set up very recently, the interesting questioned posted by Netflix garnered more than 16 million views across all the posts.

The page is soon to be termed as the ‘Most Viewed Writers across most of the popular IIT and JEE preparation-related Topics on Quora’.