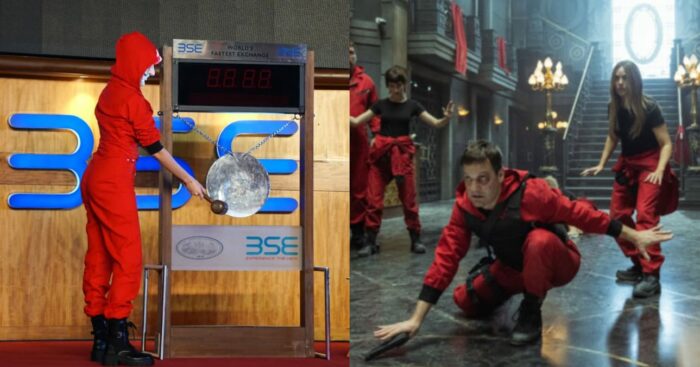 Seems like Netflix isn’t in the mood to stop Money Heist promotions and keep the buzz ringing. Even after the series’ finale season release on the 3rd September 2021, Netflix is continuing its promotional activities, and this time it was done in glam and style. 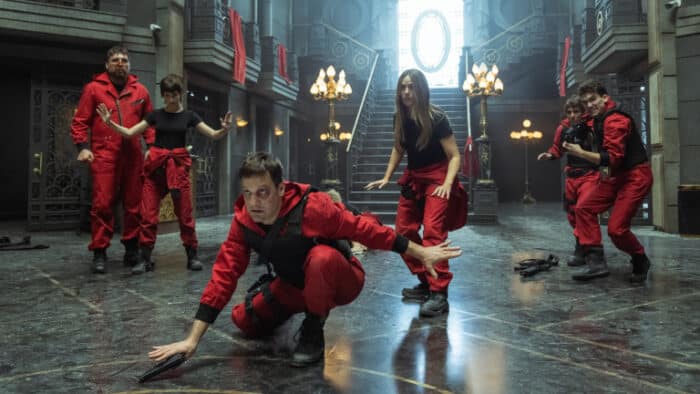 A video was shot at the Bombay Stock Exchange with fans wearing the red jumpsuits and Dali masks, iconic of Money Heist. A bell was rung, followed by a money shower, and then emerged Bollywood actress Ananya Pandey from behind one of the masks. After a few fun questions answered by Ananya, who believes Shah Rukh Khan would be the ultimate choice for Professor, if Money Heist had an Indian adaptation, she was seen enjoying an exclusive short preview with other fans.

A lot has been done for promoting Money Heists’ season finale. Pepsi has launched a set of golden cans and packs, influenced by the series. These limited-edition cans and packs feature elements that are a part of the series like the Dali mask and ‘Bella Ciao’. And to promote the same, a digital film directed by Ahmed Khan starring heart throb Tiger Shroff was released inviting consumers into buying them.

In early August, Netflix released a Money Heist anthem, composed by Nucleya, made by CreativeLand Asia. The track titled ‘Jaldi Aao’ was recreated from the shows original title track, ‘Bella Ciao’. It had a fair share of celebrities like Radhika Apte, Vikrant Massey, Anil Kapoor, Rana Dagubatti and Shruti Hassan, promoting the show.

But the one that takes the cake, was a holiday, given by a Jaipur based digital solutions provider- VerveLogic, to its employees on account of the show’s release. Calling it a Netflix and Chill holiday, the CEO encouraged the employees of the company to have a relaxing day with their families and watch the show.