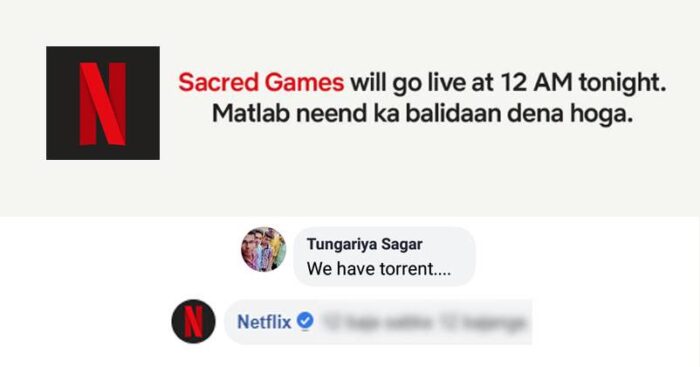 Netflix is known for its witty tweets. Whoever is handling their social media handles deserves a huge raise. Netflix has just announced the streaming of the much-awaited Netflix India original series Sacred Games Season 2 with a Facebook post. The second season is set to be streamed on Netflix from Wednesday midnight.

It goes without saying that the announcement was not plain and simple but witty again.

While announcing the streaming Netflix posted, “Sacred Games will go live at 12 AM tonight. Matlab neend ka balidaan dena hoga. (translation: you will have to sacrifice your sleep)” 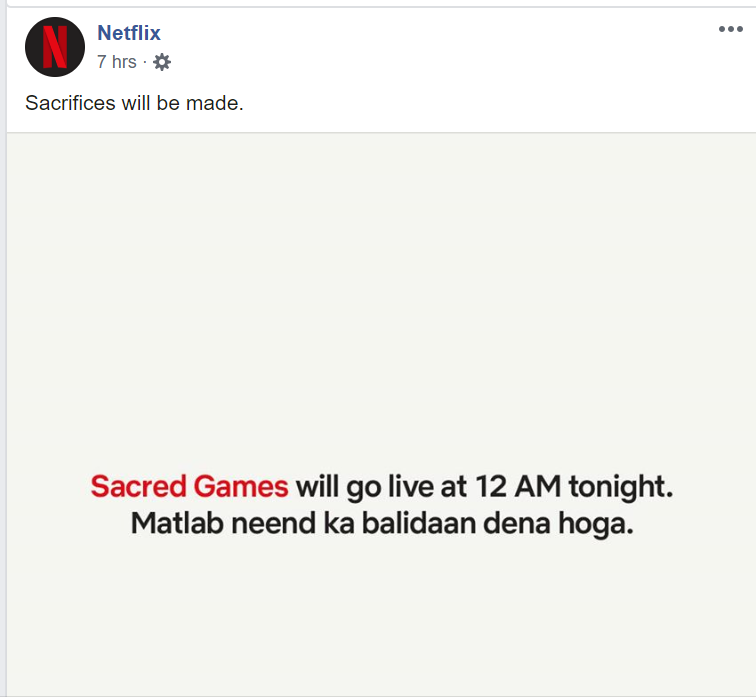 The line was taken from the series itself which was used by the very talented Pankaj Tripathi. However, one Facebook user tried to come up with a clever reply and posted that he will be watching it on torrent instead.

His reply was instantly countered with a wittier reply by Netflix which left the social media in splits. 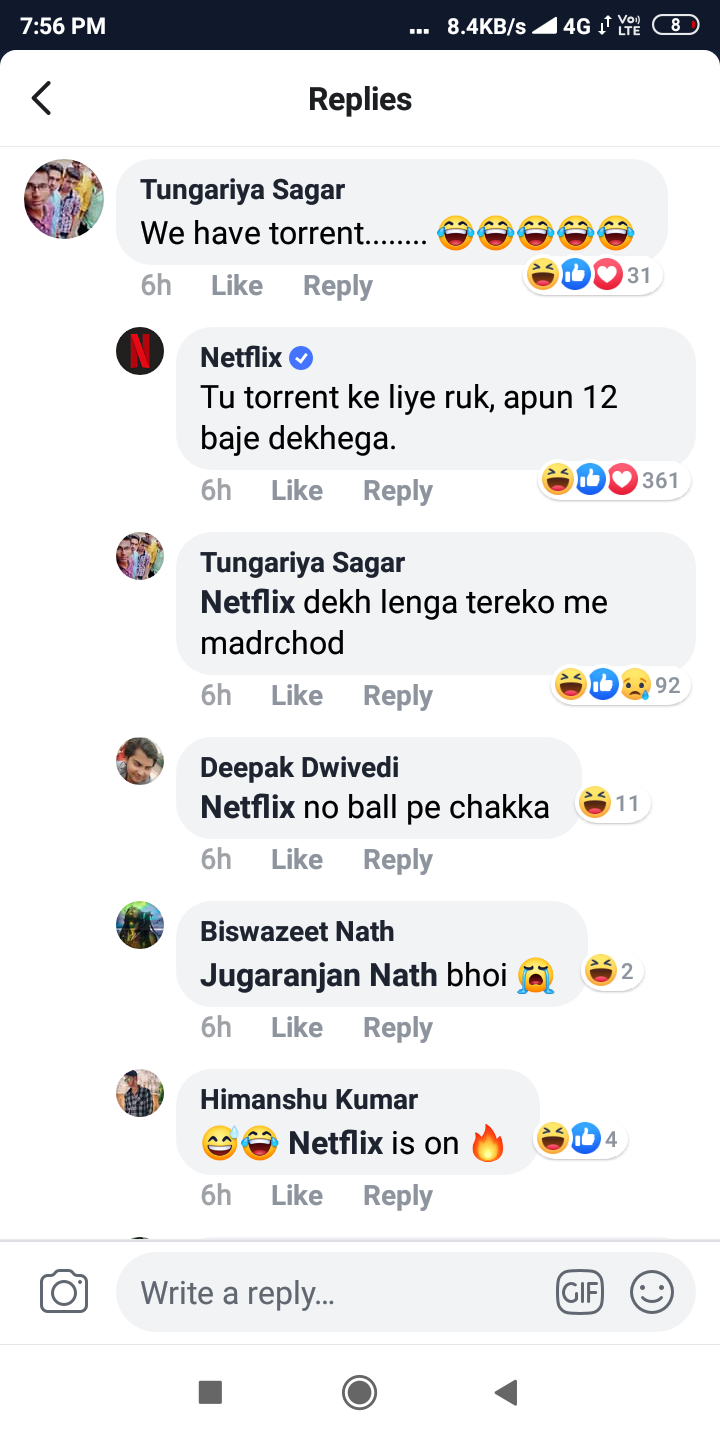 Not just Netflix but everyone is high with the launch of their widely loved original series and it can be clearly seen as well.