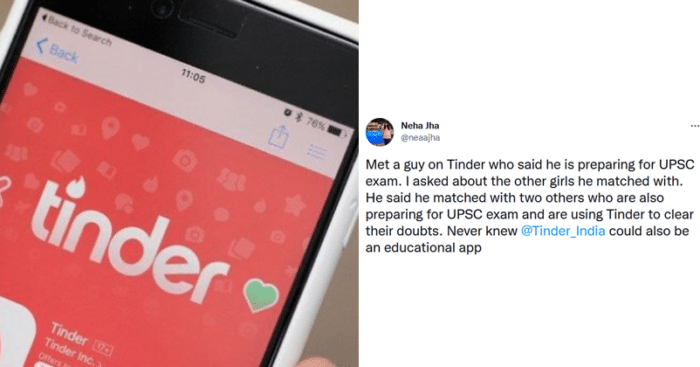 Dating in the past years was when two people met via common friends or acquaintances. And then, came dating apps. Which kind of helped in a lot many ways, like privacy and ease. 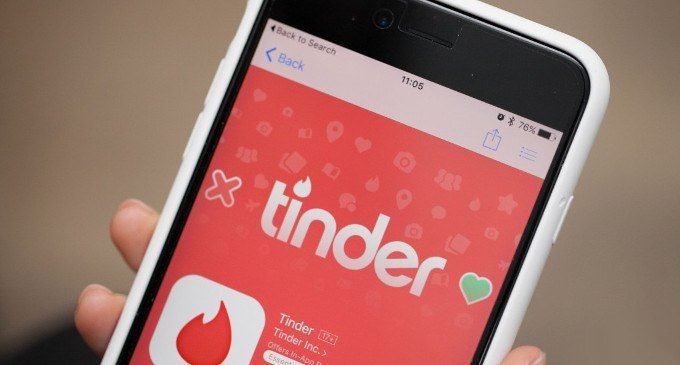 However, finding true love is difficult as even dating apps these days are used for purposes other than they were intended for. Like networking, building a strong professional contact base and even studying together.

Let’s see an example of this. Recently, a guy preparing for UPSC exams, matched with two other girls on Tinder, who were also preparing themselves for the same exams. They now use the app for clarifying doubts.

This incident was tweeted by a certain Neha Jha, and responses to this tweet are hilarious and downright brilliant.

I have scored startup contacts and stories on Tinder and TrulyMadly :p

it's stackoverflow for me in bangalore https://t.co/PrOkcrN5L0

online classes are the new tinder and tinder is the new educational app 🤔🤔.
A reverse never thought of!!!

Still remember how a friend who was a pr person was on Tinder to network with ppl in the city apparently 🙃😄. I mean Indians have no chill

It works the other way round also. Every app where you can interact with a stranger is a dating up in India. Last one I heard of was LudoKing.