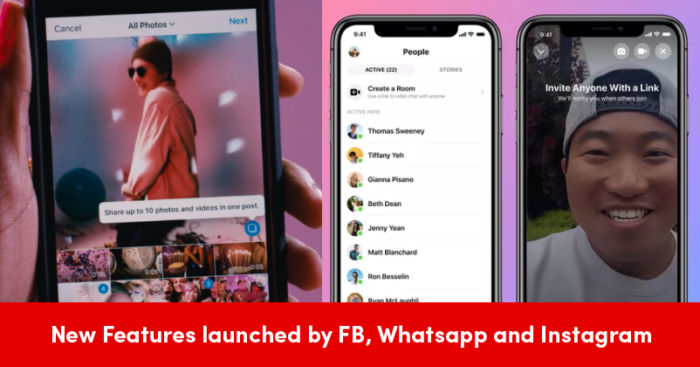 While the past couple of months have been challenging for us with the lockdown and the global spread of COVID19, social media and OTT platforms have been a major source of entertainment for many.

>That being said, many social media companies have been introducing updates and enhancements with new features that are aimed at improving the user experience.

Facebook, the biggest social media tech company in the market, has introduced the latest features on all its platforms from Messenger to Instagram to Whatsapp.

-The Messenger Rooms can support up to 50 participants on a call, and that too with no time limit.

-Apart from this, you can even create or participate in a Messenger Rooms call via the Messenger app, even if you do not have a Facebook account.

–Facebook has also introduced ‘Support Small Business’ stickers and hashtags and has added Businesses Nearby and Marketplace sections in the app menu to allow people to connect to their neighborhood shops. -To help in the fight of the COVID19 pandemic a donation button has also been developed, which can be used by creators and celebrities during a Facebook Livestream to ease the process of collecting funds for COVID-19 relief. 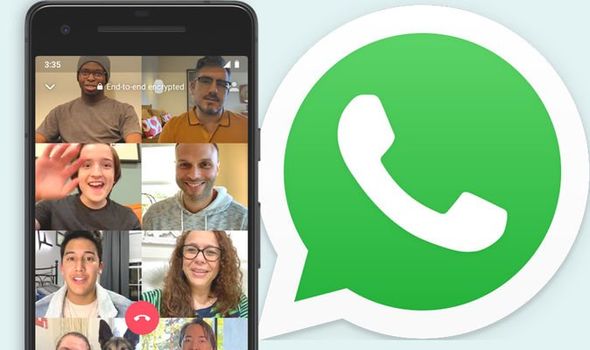 –WhatsApp’s parent company Facebook has decided to integrate the two services even deeper, by allowing Messenger Rooms to be accessed via a shortcut button in the attachment section on WhatsApp Web.

-Recently, the officials announced that they have dealt with the most in-demand feature. Following April, a maximum of 8 people can participate in a video call now as opposed to earlier when only 4 people could participate. -Though developed as a mobile app, Instagram has made live videos compatible with laptops as well.