Nike came up with a new ad campaign showcasing equality among athletes and on the field. According to the campaign equality has no boundaries and looks doesn’t define one’s worth. It’s the same field , same track and same court for all.

This 90 second ad is all about respecting the game each athlete plays for their country and how their sweat gets transferred into a victory.

Equality Has No Boundaries 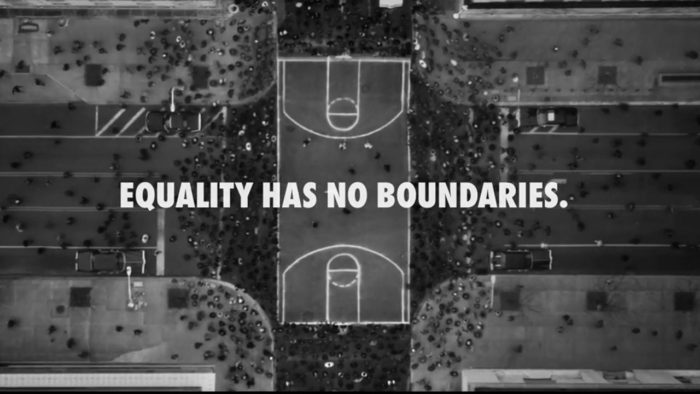 The ad is directed by Melina Matsoukas and a soulful number plays in the background with a voice over which speaks all about discrimination and barriers and how they don’t count on a game.

Actor Michael B. Jordan is the voice of the ad. The video features stars like LeBron James, Serena Williams, Kevin Durant, Megan Rapinoe, Dalilah Muhammad, Gabby Douglas, and Victor Cruz. The soundtrack is of Sam Cooke’s “A Change Is Gonna Come” from Alicia Keys which is very inspiring.

Nike by this wants to voice on equality. In a sports field ones appearance doesn’t speak, it’s their skills and worth that speaks louder than them. The light of their glory out shows the colour of their skin. Robbing in various sports icons from various parts of the world, Nike has given a more inspiring side to this campaign. 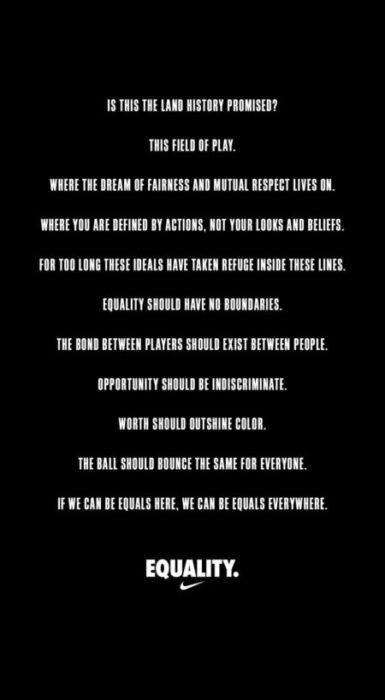 The campaign has billboards and posters all over the world and also Nike promised to release stories of equality about athletes under this using hashtag #BeEqual. 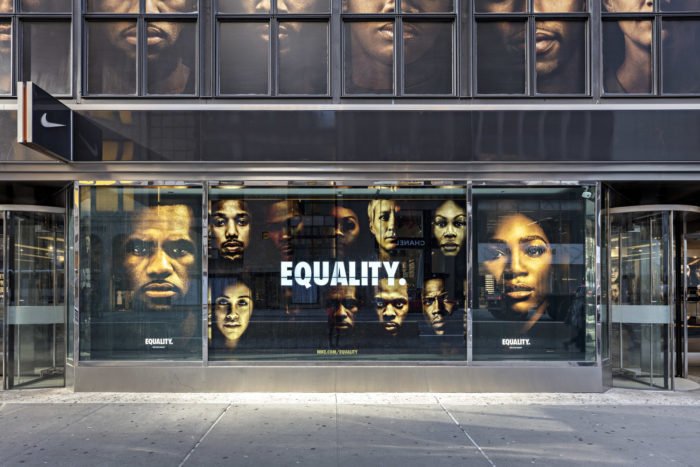 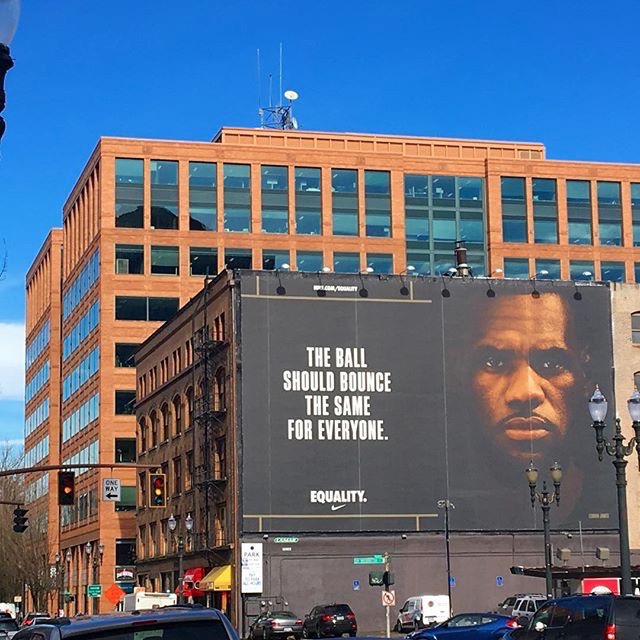 These campaigns will be released on social media and Nike’s own channels. Nike also joined hands with various organisations around the world who fight for equality to bring in more worth in their venture. They will donate $5 million from their profits in 2017 to various organisations across US that would help people to come up and represent their country.

Let’s Have A Look At Behind The Scenes

If one can be equal in sports, why can’t they be everywhere? 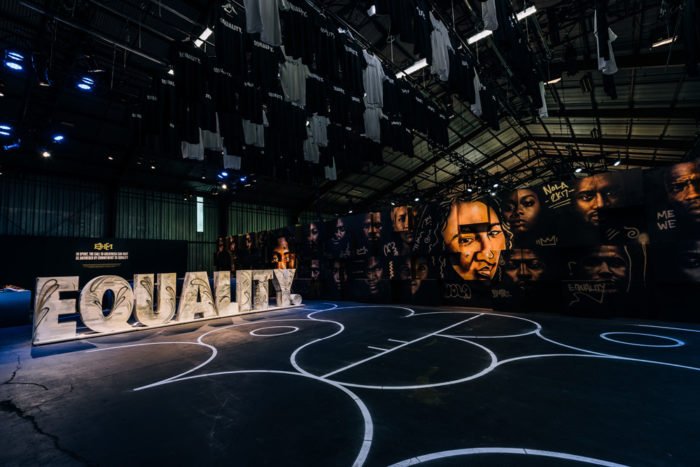