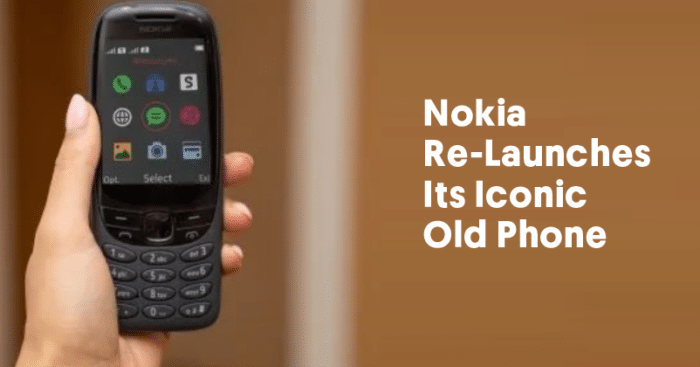 Remember the days when the ‘Brick’ Nokia phone was in trend and people wouldn’t stop making fun of how it would just never break? Well, the iconic Nokia 6310 has been re-released with a new design for its 20th anniversary! Talk about time flying by too fast, no?

For those who wouldn’t stop playing the ‘Snake’ game before all the other video games and mobile games on smartphones got popularized, this version too will feature the legendary game. The changes in the phone are quite obvious in the new design. They include a tiny 2.8-inch screen compared to an even tinier 1.8-inch screen, keeping in mind the brick sized smartphones that are currently the in thing now. Moreover, the original mobile contained that of 120×160 pixels, 20 years back , while the new version will include a 320×240 pixel definition.

This handset will come in three colors- black, yellow and dark green and the size options come in 16MB RAM and 8MB RAM for internal storage along with a dual SIM option.

A modern classic, redesigned! 😮​
​
The new #Nokia6310 has a host of new features including bigger buttons, zoomed in menus, a wireless FM radio and more…all packaged in the iconic shape of the original #Nokia6310.​
​#LoveItTrustItKeepIt pic.twitter.com/NMnWngceV2

The phone is priced at £59.99 which is approximately Rs.4,515, way cheaper than what is currently offered in the smartphone market. And to say that people are going gaga over this new addition in the market would be an understatement because netizens cannot get enough of it!

From reminiscing about the original game to the size and weight of the phone, netizens have been responding to this revamp with much pomp. The nostalgia is real and we can all feel it.

Those were the days… 😀

20th Anniversary, I almost cannot believe how time has flown. Bring it on, @nokia, that "reincarnation phone"! 👍

This model also got an update back in 2002 and came out as 6310i before it got discontinued in 2005. These phones still get sold second hand in the market owing to their durability and battery life and are used as backup phones by many.
Did you ever play the Snake game on the original Nokia 6310?