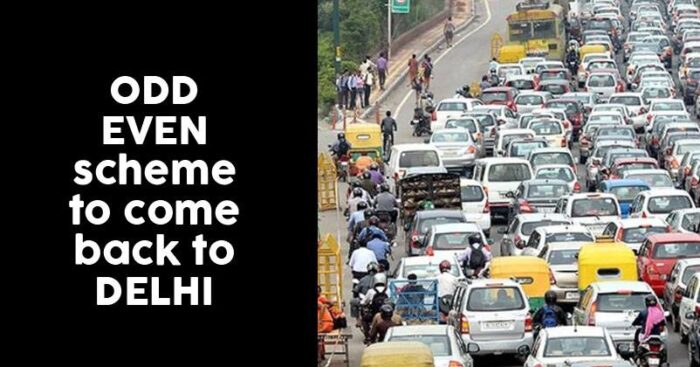 Remember the odd even scheme an initiative announced by Delhi Government to tackle the city’s rising pollution problem! Well it’s all set to make a come back this November! 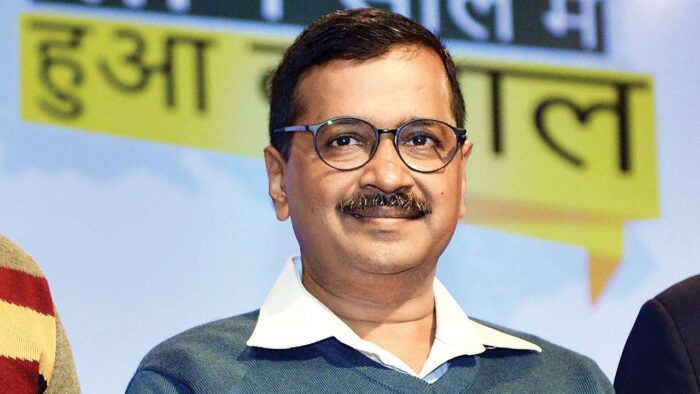 Delhi Chief Minister Arvind Kejriwal announced a 7 point plan to tackle Delhi’s pollution which includes the implementation of the successful odd-even scheme from November 4 to November 15 to curb pollution post the Diwali festival.

A flagship scheme of the AAP government is aimed at combatting pollution and was first implemented in 2015. Under the scheme, cars with numbers ending in odd and even are allowed on roads alternatively. This will be the third time the scheme will be rolled out in Delhi.

Addressing a press conference, Delhi CM Arvind Kejriwal, urged people not to burst crackers during Diwali and also listed out a 7-point plan to tackle pollution in Delhi.

“On 2 and 3 November, there is Saturday and Sunday. Odd-even will be implemented from November 4 to November 15. Studies show that it reduces pollution by 10-13 per cent,” said Kejriwal.

“Emergency vehicles will not be subject to this”, he added.

As part of the 7 point plan, every ward in Delhi will be assigned with two environment marshals and a separate action plan will be implemented for pollution control in the 12 critical areas of the city.

In addition to this Delhi government will also be distributing N-95 masks to people in November.

Kejriwal has also urged people to not burst crackers during Diwali.

“In Diwali, firecrackers cause massive pollution and the smoke gets trapped, as a result of which it becomes difficult to breathe in Delhi,” he said.

“I appeal to people of Delhi to not burst crackers. Delhi government will organise a laser show on the evening of Chhoti Diwali,” the CM added.

This is how people reacted to the announcement on Twitter:

#TrafficFines have already lessened vehicles on streets. Brace yourself for empty roads as #Delhi to witness #Odd-Even scheme from Nov 4 to Nov 15

After a long gap, finally Odd Even scheme of Delhi Govt back in Delhi from 4th November- 15th November, 2019. @ArvindKejriwal #OddEvenBack

Odd even is a good step, but what good will it do when implemented only for 11 days?