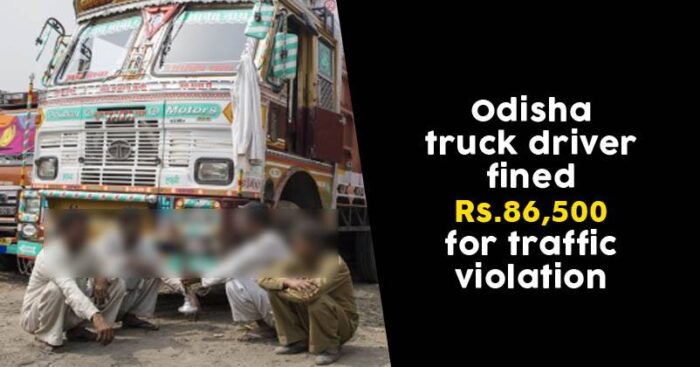 The New Motor Vehicles Act has been creating a buzz all across the country since it got implemented on Septemeber 1. A case of Gurugram two-wheeler got famous online after a guy was fined Rs 23000. Now another incident of a truck driver from Odhisa has been charged Rs 86,500 as fine for several violations.

The total fine comes down to Rs 86,500 but the truck driver paid Rs 70,000 after negotiating with traffic officials for 5 hours. 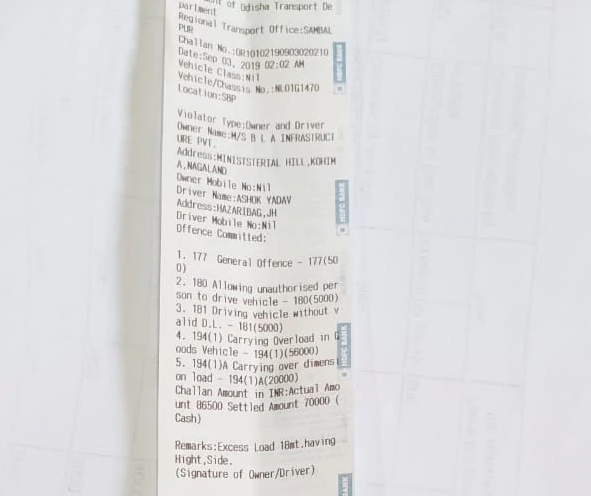 The truck belongs to BLA Infrastructure Private Limited, a Nagaland-based firm and it was going from Talcher town of Angul to Chattishgarh. The truck was loaded with a JCB machine and was stopped by the traffic officials in Sambalpur and found violating many rules. 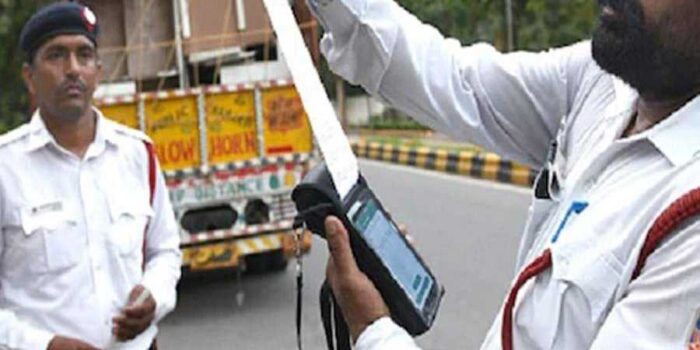 Earlier, an auto driver from Bhubaneshwar was fined Rs 47,500 as he was driving without a driver’s licence, insurance, registration, certification and he was also charged for drunken driving.

Odisha has implemented the amended motor vehicles in a strict manner. In just 4 days, it has grossed the highest amount of penalties which is Rs 88 lakhs. The state transport department is planning to set up a call center for the public so that if anyone faces a problem, he/she can contact it for help.