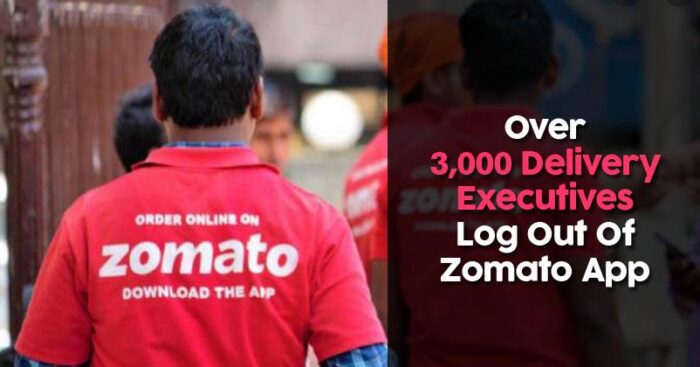 After #Logout hit Zomato hard in it’s face, the company has managed to name a new controversy after its name.

A thread on the microblogging website has claimed that more than 3,000 such partners have logged out from Zomato app in the past three days. Not only in Bengaluru but Mumbai had also the same condition and reaction where 2,000-3,000 delivery boys have reportedly said goodbye to the company.

This could be another setback for Zomato, which has been already being criticized by different restaurant partners over aggressive pricing, delivery partners as well as associations backing them.

The probable reasons behind this fallout include incentives, daily earnings, and cut in other perks which pushed the delivery partners to take this step.

Zomato believes that different parameters such as base pay, user satisfaction, minimum guarantee, delivery touchpoints help them appreciate our delivery partners in accordance with their efforts. Reduced average delivery time (less than 30 mins) and enhanced system efficiency have enabled the delivery partners to perform more deliveries in the same amount of time.

Zomato’s last meeting with the NRAI also went in vain as both parties couldn’t agree on terms and conditions applied on Zomato Gold either in dine-in or delivery segment.

As fare over 1,200 restaurants across India have pulled out of Zomato app as part of the #Logout campaign led by NRAI with issues like deep discounts, aggressive pricing and loyalty programs which were hurting the business.

Are Zomato’s golden days gone by?