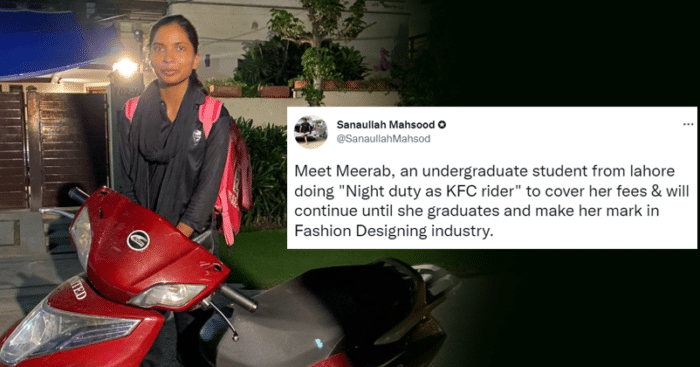 Social media has become a platform that is capable of so much more than just entertainment and mere socialization. It is now a place where people get noticed for their hard work and talent. A place where people are able to reach their goals sooner.

It is no magic, but it surely proves to be a pedestal from where you can only move up. There have been many stories of people giving their best and having the kindest of hearts ever.

Such people get praised and applauded for all the right reasons. One such instance has happened in our neighboring country recently.

Meerab from Lahore, Pakistan, has been working as a rider with the fast-food company Kentucky Fried Chicken (KFC) and has been praised for juggling many roles at once. 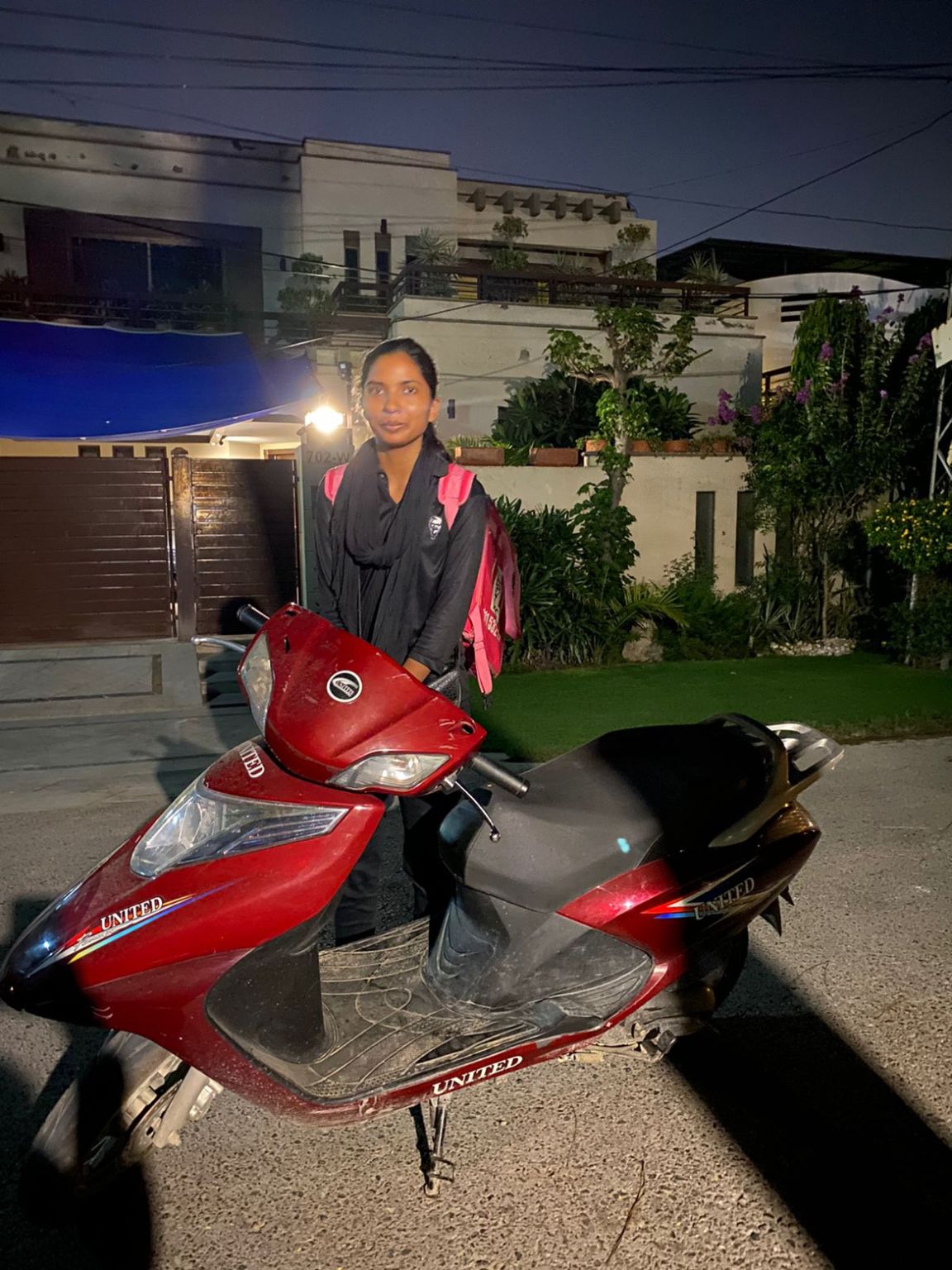 Her story was posted on LinkedIn by Fizza Ijaz which has since gone viral with over 50,000 likes.

Fizza shared her experience that when she ordered KFC in Lahore, she received a call from a female saying “Hello, I am your rider speaking”. When Meerab reached her destination, Fizza and her friend spoke to her a great deal discussing her dreams and aspirations.

They discovered that she is pursuing an undergraduate degree in Fashion Designing and does her night duty as a KFC rider to cover her fees. She intends to remain a rider for another 3 years until she graduates post which she plans to launch her own Fashion Brand.

Fizza further concluded that Meerab’s fee is taken care of by a foundation but she still needs to work to support her family, mother’s medical expenses, and her personal needs.

No matter what country they belong to, it is always to see a woman being independent and being able to work for her dreams. It is truly inspirational.