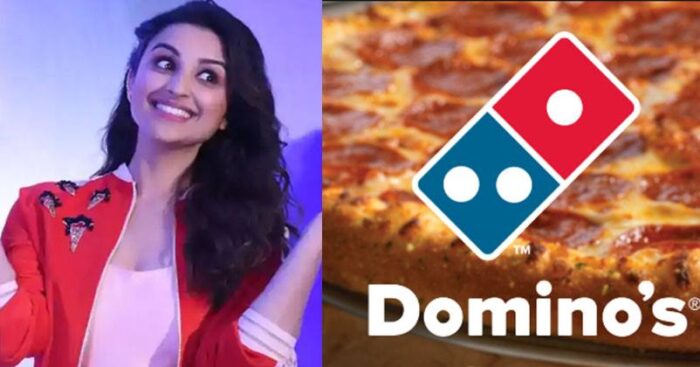 No matter how successful we get there will always be one such job for which will always attract our attention. And our celebrities are not oblivious to such feelings either.

Recently, Parineeti Chopra has been trending on Twitter for a certain tweet she made. She posted a tweet in which she asked if she is eligible to apply for the job.

Actually, CNN had posted an article stating that Domino’s is looking for a taste-tester for its garlic bread. And when the news reached Parineeti she couldn’t resist. Retweeting the post, Parineeti wrote, “Can I apply”.

Now, who said there is nothing like a perfect job? Getting paid for eating your favorite food is a dream come true.

Actors & Actresses need to keep a check on their diet constantly. This requires sacrificing to eat their favorite food & follow a strictly healthy low-cal diet.

Parineeti Chopra herself has lost considerable weight as it was required for her upcoming projects. Her transformation was a trending topic for several days. In many interviews, she revealed that she had followed a strict diet and even taken up swimming that led to her weight loss.

Also, actors need to constantly gain or reduce weight depending upon the type of projects they have taken on. Recently, Amir Khan had gained weight heavily for his role as “Mahavir Singh Phogat” in the movie “Dangal“. Later in the movie he was seen in a lean physique. His transformation video has been trending on Youtube since.

So to conclude, actors work hard to look good on screen. And in order to do so, they have to sacrifice a lot. And when Parineeti saw the post she couldn’t stop herself from trying her luck. To be honest many of us would want the job too, don’t you think?