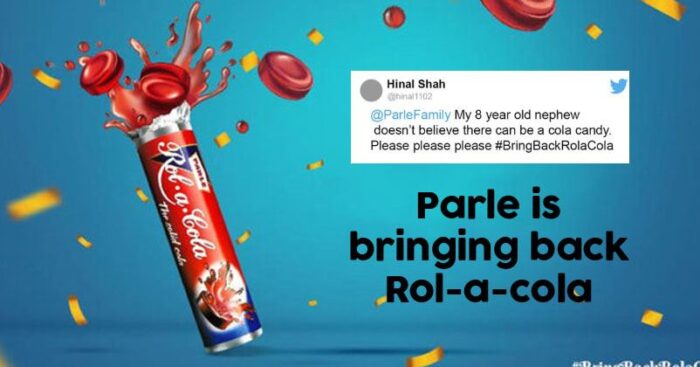 Parles’s Rol-A-Cola candy is all set to make its comeback in the Indian market. The product will be relaunched on the 1st October 2019. 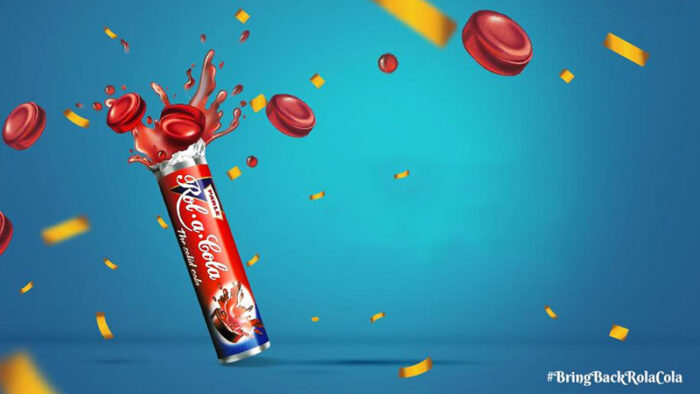 The company announced the good news to all the candy lovers on Twitter after Twitterati managed to win the challenge thrown by the company.

The tweet read, “Hey @ParleFamily, How many RT’s to bring this back?” to which Parle replied, “If all you need is Rola Cola, then all we need is 10K retweets. #BringBackRolaCola”.

If all you need is Rola Cola, then all we need is 10k retweets. #BringBackRolaCola pic.twitter.com/7o3VGhIJav

Pumped up with the excitement and thrill of the challenge Twitterati started retweeting the tweet and soon reached their target of 10K by all hooks and crooks. They not only tagged celebrity and popular accounts such as Netflix, Amazon, Shahrukh Khan and others but also ended up creating several accounts in order to reach their aim.

After 10K retweets and a warm response on social media Parle finally announces the come back of Rol-A-Cola in a tweet.

Mark your calendars! Your favourite cola candy will be back at your nearest stores. Keep watching this space for more.#RolaColaIsComingBack pic.twitter.com/CpsHT1m84k

This is how Twitterati lit up in happiness on the news-

A shot from the past, It's back from the blue…
The new generation really has no clue!
Cola in a candy, Candies in a stack…
Hey @vishakhasingh, Rola Cola Is Coming Back !! #RolaColaIsComingBack pic.twitter.com/J16pwPwBpV

Krishna Rao, category head, Parle Products said, “We had discontinued Rola Cola in 2006 for the domestic market, while continuing to sell it in international markets such as Africa, as the product sort of stagnated after a decade from its launch in the 1990s. We are happy to reconsider our decision and bring back Rola Cola solely based on consumer demand,”

Welcome back Rol-A-Cola! We can’t wait to have you!