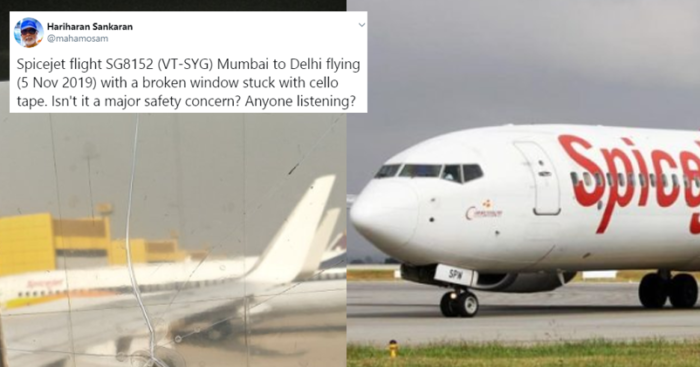 A passenger flying from Mumbai to Delhi in SpiceJet got the shock of his life after finding a cello tape taped on a cracked window of the flight. 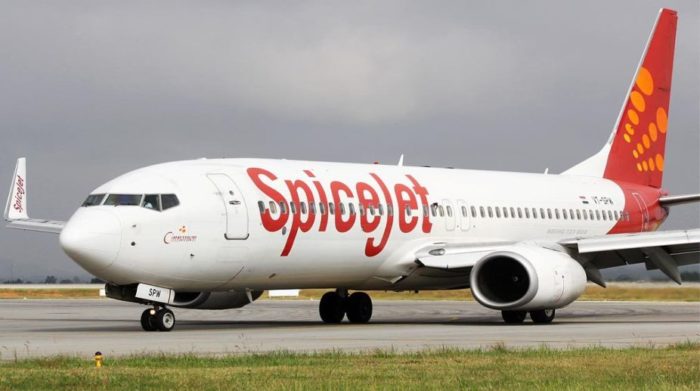 Hariharan Shankar, the passenger took to Twitter to report the same mentioning that it is a major safety concern.

With a picture of the cracked window, Shankar tweeted, “Spicejet flight SG8152 (VT-SYG) Mumbai to Delhi flying (5 Nov 2019) with a broken window stuck with cello tape. Isn’t it a major safety concern? Anyone listening?@flyspicejet @DGCAIndia”

The airline took notice of the tweet and apologized for the said damage.

Hi Hariharan, at SpiceJet, safety is our utmost concern and at no point in time does the airline compromise on the same. We shall surely convey this to the concerned head for necessary action. The inconvenience caused is regretted.

This is how Twitterati reacted:

Inconvenience???? U've risked the life of all the passengers on that plan !!!!!

Inconvenience??? Are you having a laugh here… Your Airline has put lives at risk… Its not an inconvenience but passengers safety severely compromised here. Will you wake up and act only after an accident or a social media hashtag boycott you?

Ground that flight immediately. If anything happens spicejet fully responsible despite warning.

Will you regret a major crash if it would happen? These things can't be regretted.