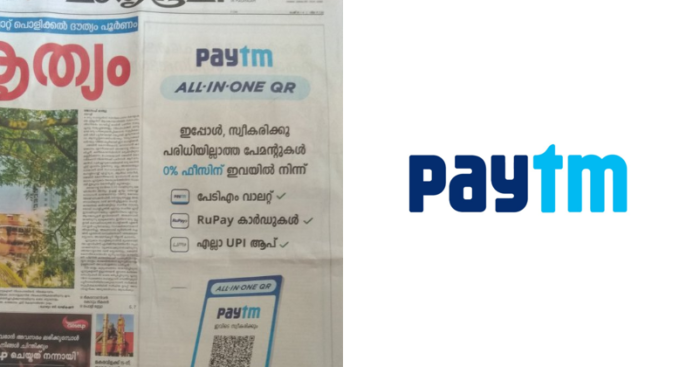 When a brand has a lot on its plate, they sometimes give birth to typos. After Uber’s major grammatical errors found in their advertisement that covered full front pages of newspapers in major cities, a recent such case became apparent with Paytm.

While splurging on advertising their brand new QR code on a front-page drive, Paytm managed to make a spelling error in the URL. Read the highlights below.

The campaign was regarding the new QR code that enables business owners to accept payment without any other charges. The ad came in sight of a lot of people but two of the newspapers happened to have minor errors in the sign-up URL that navigated the users to some other website link. 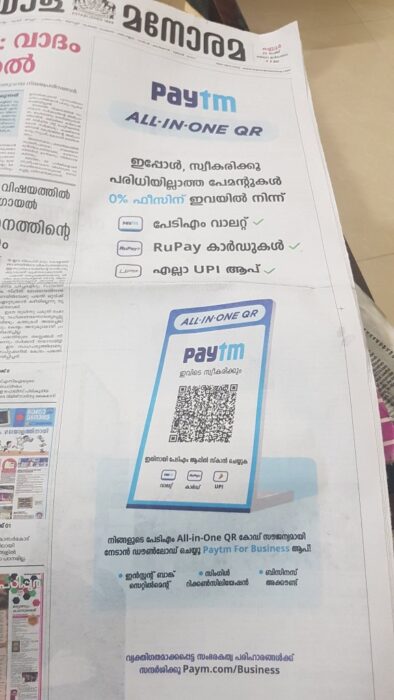 The ad printed in The Malayala Manorama guided people to a Uk-based site that deals with a completely different payment scenario, Paym (Paym.com/busines).

The second newspaper, Malayalam daily, Mathrubhumi had a similar error on its front page. 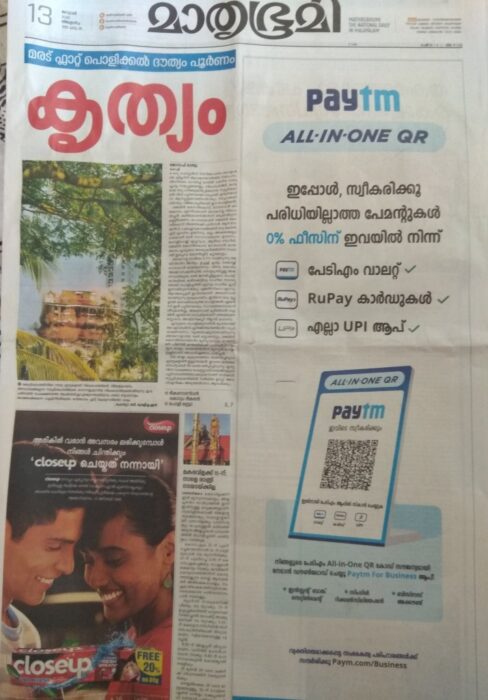 Moreover, people didn’t seem to like the copy of Malayalam text much.


Struggling with such errors could be hard but then people find themselves being offended even harder. They cannot take the pain of wrong spellings. SMH!

@Paytm there is a spelling mistake , plz correct it. pic.twitter.com/44V6uBwdxW 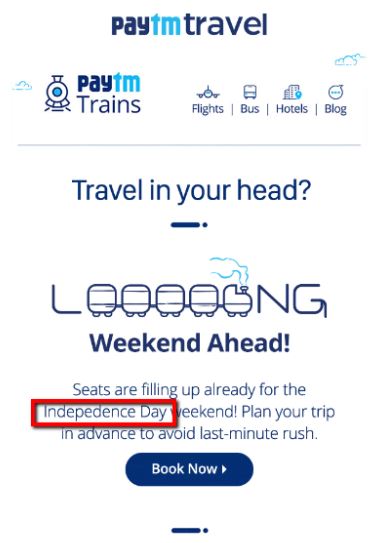 Not just that, they misspelled the word “payment” on their application, once.

@PaytmBusiness @paytm There is a small spelling mistake in your iOS Business app pic.twitter.com/h7RrmUasXs


Trying to get it done with but…

@Paytm Check ur spelling mistake of recieved at Paytm app on ios pic.twitter.com/uwXDpv7Zse


The errors are miniscule in front of what the companies are making and they cannot make such brands lose a bit of their business. But there is no harm in rectifying such things just once so that their names don’t highlight in a negative way. What do you say?