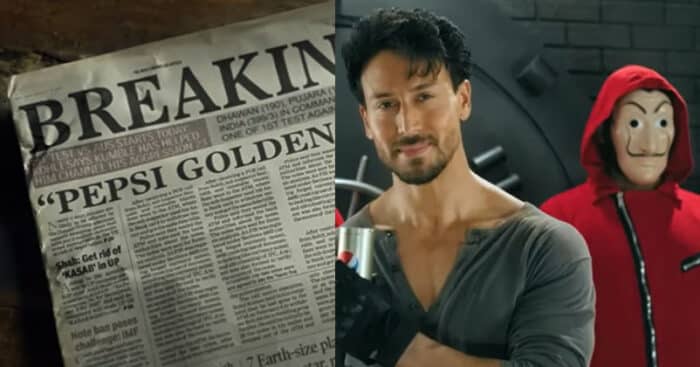 Money Heist 5 will premiere on Netflix on 5th September 2021. The show has garnered interest and a massive fan base globally. Audiences in India too are excited to watch the popular series and the OTT platform are leaving no stone unturned in promoting the show.

As a part of promotional activities and also to increase brand value and sales, Netflix and Pepsi have joined hands to promote the finale season of Money Heist 5. Pepsi has launched a set of golden cans and packs that have been influenced by the series. These limited-edition cans and packs feature elements that are a part of the series like the Dali mask and ‘Bella Ciao’. 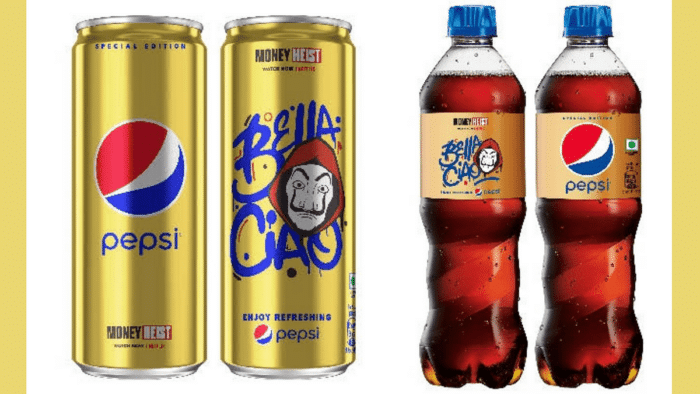 They also will serve as a golden ticket to a virtual fan party that is up in October 2021, which promises to be a pretty engaging and exciting party for all of Money Heist fans. The party, promising to be a treat, will give a chance to the partygoers to access special content and get them closer to the series’ favorite characters. 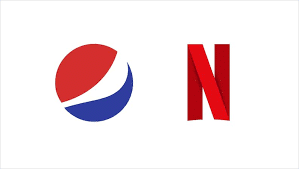 Pepsi has shot a rip-roaring digital film with brand ambassador Tiger Shroff. The film is directed by popular Bollywood director Ahmed Khan who has made sure of giving us an edge of the seat film in which Tiger is sent on a mission to procure missing golden cans and packs of Pepsi, which he successfully completes. Towards the end, details of the virtual Money Heist party are given by him stating that one has to scan the Pepsi logo to register for the ultimate virtual Money Heist party. According to Ahmed Khan, a big Money Heist fan himself, the movie has all elements of a smash hit. Even Tiger Shroff another die-hard fan of the series was exceptionally thrilled on being a part of promotions for one of the most watched series globally.

The fan party will be hosted by YouTube in October 2021.A Pepsi logo needs to be scanned from packs, cans, billboards through Pepsi Instagram filter in order to win a golden ticket. These cans and packs will be made available on select e-commerce sites and modern stores till December.