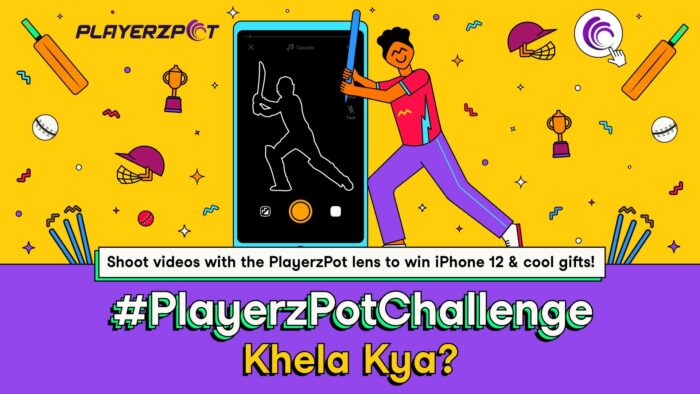 India’s leading online fantasy gaming platform, PlayerzPot, recently came out with a campaign which created a ripple effect and had everyone engaging with the platform to win chunky prizes! This pan India campaign showed the power of user generated campaign and showed us how involving a brand’s audience in its promotions will definitely take it a long way. What was the challenge about you ask? Well, this challenge was fairly an easy one and revolved India’s one true religion- Cricket! And that too during the IPL Season! PlayerzPot is definitely winning it with the timing alone with India’s population creating a stir during the IPL season.

Let’s find out more about it!

In order to participate in the campaign, all one had to do it pose on 5 cricket shots which were shown on the screen and score maximum runs out of each pose. A branded lens was incorporated in the challenge and the poses that creators had to replicate, basis of the difficulty level would fetch points in the form of runs. And for the ones with the maximum number of runs that won the gratification level, stood a chance to win exclusive rewards worth Rs. 5 Lakhs. Some of these prizes included the likes of an iPhone 12, GoPro, Samsung Smartphones, Amaze Fit Smart Watches and even the OnePlus 4K LED Smart TV. 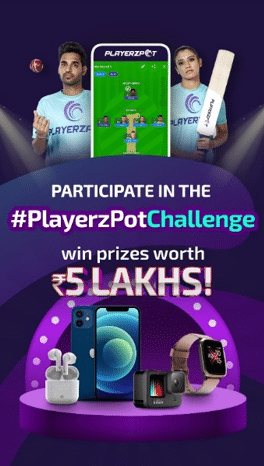 Moreover, videos done by influencers provided an even bigger fan base for PlayerzPot and created a trend which appealed to the youth rather much. The likes of Awez Darbar, Nagma Mirajkar, Nita Shilimkar, Jannat Zubair and in-house influencers such as Vishnu Priya, Arishfa Khan, Pankaj Joshi, Surbhi Rathod and the like also promoted the challenge in their own native and quirky manner.

The timing off this campaign was particularly a driving factor in it’ s success since it was launched during the IPL season. A season where all cricket lovers are in quite a frenzy, the campaign generated a huge buzz amongst fans. The campaign has been a massive success in terms of numbers as it got over 1 billion views with 50+ influencers participating in the contest. Not only this, but the campaign also witnessed massive usage of lens where 300k+ user generated content was created.

“We are committed to our vision of empowering creators and brands with campaigns that can help in the growth of their businesses. This collaboration with PlayerzPot fulfilled the purpose of our vision by delivering 1bn+ video views, triggered by 50+ influencers to fuel up 300K+ UGCs which was bang-on for the brand to entice the desired association and connection with cricket during IPL.”

Elaborating on the association with Moj and response around the campaign, Sunil Yadav, CEO of PlayerzPot said,

“We know the kind of love a sport like a cricket garner in India. Our IPL campaign celebrated that sentiment and emotion. We are thankful for all the support and response. The campaign was a success, and we were able to reach to almost 3x new users through MOJ. All these testify that we are on the right path and have been able to understand the huge appetite and craze for cricket and the game-related engagement among the millennials and GenZ population, irrespective of genders and geography. Our influencers also deserve praise for their interesting, amusing, and insightful contributions. We are happy to have partnered with Moj, who knows the pulse of the audience and are equipped with the ways to reach out to them.”

This campaign was executed PAN India and one of the reasons for it being so successful is the fact that it catered to region and their identities with different languages being incorporated such as Bengali, Gujarati, Kannada, Hindi, Tamil, Marathi, and Punjabi.

The success of this campaign ensured that PlayerzPot scored in repeated business and showcased the extent to which user generated content over such applications allow us to reach an audience far and wide which otherwise wouldn’t have been possible.