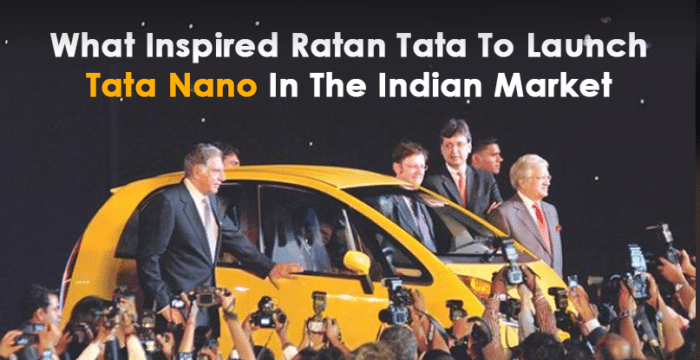 In the year 2008, the Indian Automobile industry witnessed a car that made owning a car more than just a dream. Ratan Tata had launched Tata Nano at a very affordable price of Rs 1 lakh.

However, due to the low sales of the model, Tata Motors announced the end of production without any direct successor. Despite being one of the most affordable cars in the Indian market, the model was discontinued in April 2019.

Ratan Tata is not only one of the leading industrialists in India but is also a philanthropist. He is known for his kind and generous acts where he is seen regularly supporting business ideas that are run by people who have zero funds but loads of talent.

Though we are aware that Tata Nano was launched to make owning a car affordable, there has been a sentimental back story behind the reason Tata came up with the idea of launching Tata Nano.

In his recent Instagram post, Ratan Tata shared a throwback picture of the car and shared a heartfelt note telling people why launched the car in the first place.

In the post, he wrote what really motivated him, and sparked a desire to produce such a vehicle, was constantly seeing Indian families on scooters, maybe the child sandwiched between the mother and father, riding to wherever they were going, often on slippery roads.

He further mentioned that one of the benefits of being in the School of Architecture, Ratan Tata would doodle when in his free time.

“At first, we were trying to figure out how to make two-wheelers safer, the doodles became four wheels, no windows, no doors, just a basic dune buggy. But I finally decided it should be a car. The Nano was always meant for all our people.”, Tata further wrote.

Since Ratan Tata shared the post, people have been showering him with a lot of love and applause for his kind gesture. Many pointed out that the reason behind the model’s failure was the people themselves and their mentality towards the car. 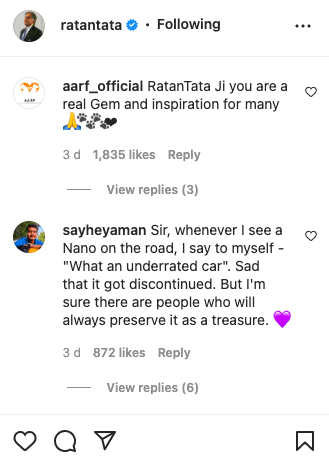 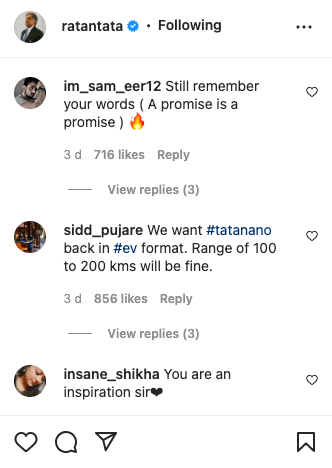 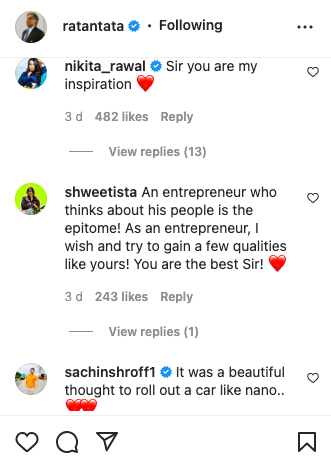 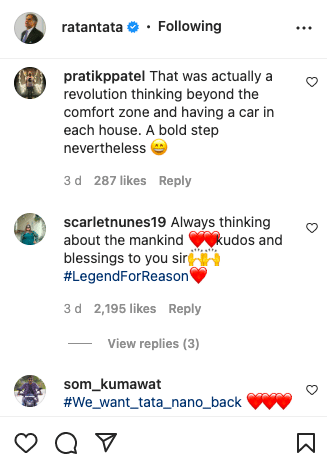