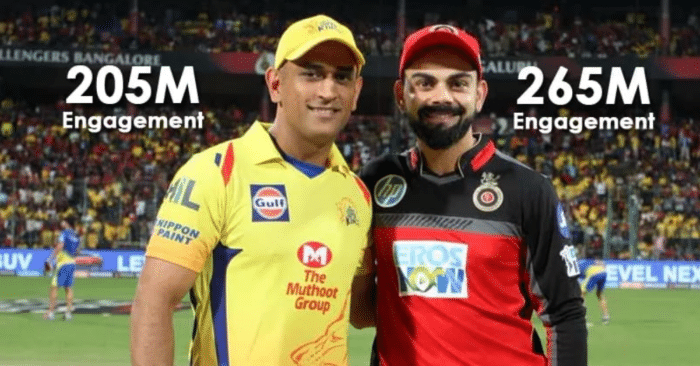 The Indian IPL league is one of the most followed championships. Its popularity is not just in India but overseas as well. The followers of each team show their support on social media as much as possible.

These interactions have been measured by an organization recently and have given a list of an international sports team that has generated a lot of buzzes online in 2021.

As per the list shared by Deportes & Finanzas, FC Barcelona was the most popular sports team in the world on Youtube in 2021. Manchester United and Liverpool followed Barcelona’s lead.

However, the most important names that have caught every Indian’s attention were the IPL teams, Royal Challengers Bangalore and Chennai Super King, who were among the top 10 names.

To measure the engagement of these sports teams on Youtube, the interaction is calculated with the total number of likes, dislikes, comments, and views.

While the names mentioned above were enough to make us all gush in pride, the next list that made it worth our while was of the top 3 sports teams in the world with the highest social media engagement during April 2021.

📲💥 TOP 3 sports teams in the world with the highest social media engagement during april 2021! (total interactions)