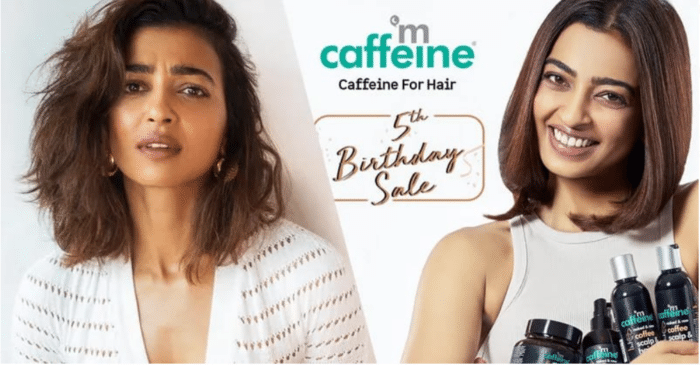 When it comes to talent and acting this name comes very naturally and instinctively to us. One of the leading actresses in the film industry today, Radhika Apte who has set a brilliant example on how hard work, passion and dedication can be the synonyms of success. Not only is she an admirable personality and an exceptional actress but a woman driven by morals, ethics and values which we can clearly say by the choice of advertisements she is a part of where she has made sure to be the face of ads that consist of socially relevant messages. Let’s take a quick glance on some of the most amazing reasons that lead the brands to pick her for endorsements:

It is difficult to make a remarkable position in the film industry without a Godfather but Radhika Apte has proven this a complete myth. With sheer hard work, dedication and passion this leading actress has set a benchmark in the film industry. She is a completely versatile and self-made actress by all means which tends the brands to choose her for endorsements.

Radhika Apte is a personality with strong beliefs and morals, a sheer example of which we can see when it comes to her selection of films which generally is social issue oriented or that delivers a social message some or the other way. Movies and series like Pad Man, Phobia and lust stories are stout examples of how brilliantly she has portrayed and delivered a social message to her audience. In an interview she has spread awareness and shown concern regarding the mental health issues in the current times. She has also been a part of campaigns like the Pad Man challenge which has successfully created a lot of buzz around it. This becomes yet another reason for the brands to choose her for endorsements.

Yes, that’s a Pad in my hand & there's nothing to be ashamed about. It's natural! Period. #PadManChallenge Copy, Paste this & Challenge your friends to take a photo with a Pad! Here I am Challenging @ayushmannk @kalkikanmani @aditiraohydari pic.twitter.com/Ugs6c4q8aV

Radhika Apte’s choice of films have very clearly shown the kind of versatility this actor holds thereby breaking the stereotypes at the same time. Her versatile choice of films and the roles she chooses to portray are unique and highly experimental in their own ways. Her movies have several times portrayed several issues and created a lot of controversy around them thereby breaking the societal norms, barriers and stereotypes. This becomes a strong reason for the brands to pick her for endorsements.

Body positivity plays a very eminent role in developing ones personality and Radhika Apte has brilliantly excelled in it. If you go through her Instagram posts you will be delighted to see her feed, how she carries herself in every outfit so effortlessly thereby spreading body positivity among her followers. She goes all candid when it comes to carrying herself in any outfit or look which very clearly highlights the kind of persona she holds and becomes yet another reason for the brands to choose her for endorsements.

Radhika Apte is undoubtedly one of the best and top actresses in the Indian film industry now. She is not only a brilliant actor but a strong personality full of enthusiasm and positivity. All of these factors adds up for the brands to pick her in their projects and endorsements.