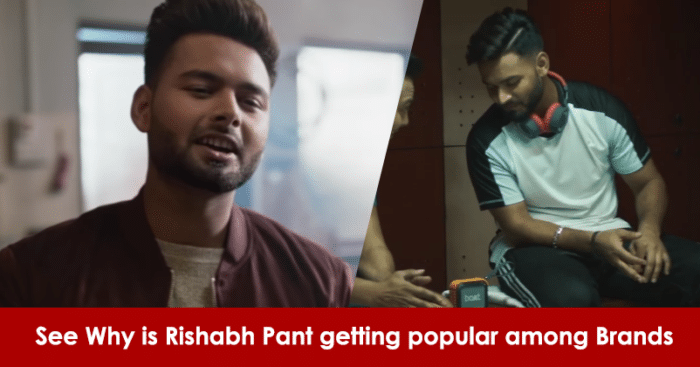 Brands in India have always turned to athletes when it comes to endorsements. Cricketers are on top of the list. From MS Dhoni to Rahul Dravid, and Virat Kohli there have been many ad campaigns by these legends that have become popular in no time.

Another name that is making headlines in the corporate world recently is Rishabh Pant.

However, it was his performances in 2015 to 2016 Ranji Trophy and Vijay Hazare Trophy that made him the talk of the nation even before.

He scored 308 in the 2016 to 2017 Ranji Trophy against Maharashtra, becoming the third youngest Indian to score a triple century in first-class cricket.

In 2016 he joined Delhi Daredevils. In 2018 he scored 128 not out from just 63 balls for the team. He became the highest-scoring in Indian Premier League history.

Soon he became the captain of the IPL team Delhi Daredevils. He then replaced Shikhar Dhawan for the 2019 Cricket World Cup due to his injury. He is majorly credited for India’s win against Australia in the Border Gavaskar Series in 2021.

All of his achievements have made him a brand favorite and it seems that he now has a plethora of brands that he is endorsing. The cricketer’s time to shine has just begun and we are eager to see him in many more campaigns.

Here are some of the brands endorsed by Rishabh Pant.

A Pant is a Pant feat. Rishabh Pant | #ThePantProject