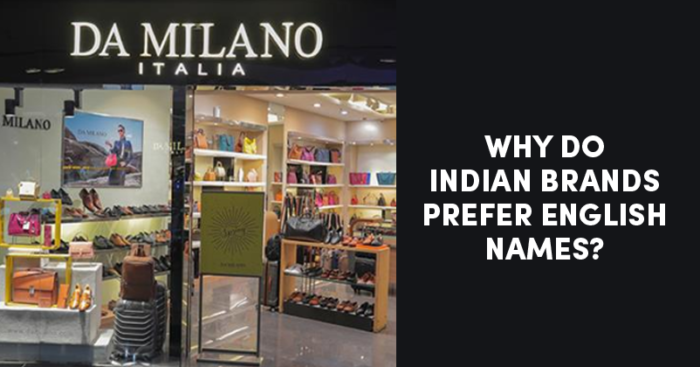 When you have been ruled for more than 300 years and forced to believe you are inferior, things like this are bound to happen. Yes, it may sound bitter, but it is the reality.

British left India 70 years ago, but even today, at the end of the second decade of the 21st-century, British Supremacy or so-called White supremacy still rules our head quite strong. 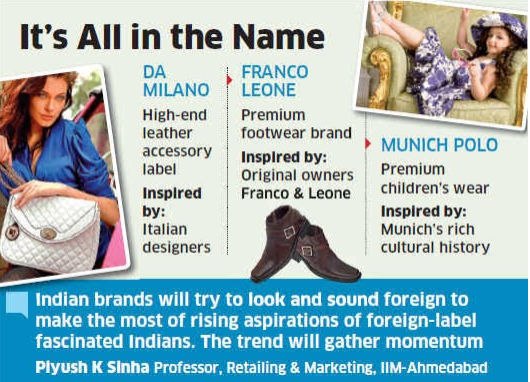 And brands are in no position to be held responsible for using Western or English names. The moment some startup or brand comes up with local Indian brand name, we think, Ohh…its quality will not be up to the mark…it is a local brand…and so on.

So even Indian startup or brands run away from using Indian brand names. Just to give you some idea of this negativity around Indian brand names, I would like to share the name of top Indian brands, which refuse to use Indian brand name: Allen Solly, Da Milano, Monte Carlo, Munich Polo, Peter England, Louis Phillipe, Franco Leone, HiDesign, Royal Enfield, Jaguar, Just to name a few.

Also Read: 10 Brands That Have Foreign Names But Are Actually Indian

All these brands are Indian, but they understand if they want to make to minds of Indian consumers, they need English names.

The problem is with our mindset. We perceive Western brands as superior to ours. And that happened because of the hundreds of years of British Rule. They continuously implanted this idea in our heads for over the years that you are no good, your ancestors were weak that’s why we are ruling you, white people are superior dark aren’t, and you have to become like us, learn from us, and follow us if you want to get regard and accepted in this world.

Well, in most of the countries where British ruled, they were successful in ingraining this scrap mentality in the minds of people, but in a meditative and awakened country like India, they were partially successful.

Well, in bits and pieces, the pride of small share of population has risen and hope the lost pride of Indians will awake and this thousand of years old civilization will find pride in its own identity.

What are your thoughts on this? We will be eager to hear. Comment below to share your opinion.