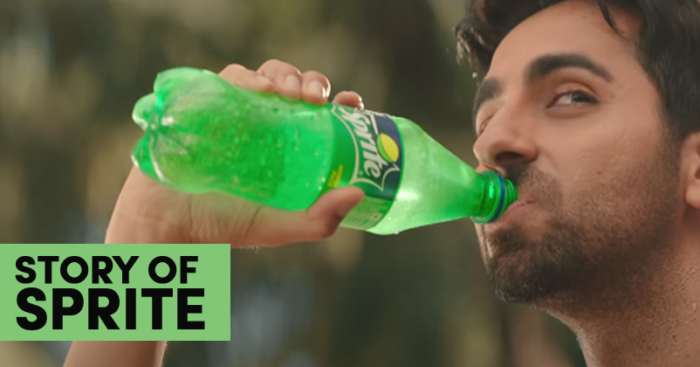 It is a known fact that Thumbs Up had been hogging the beverages marketed for a while now, before Sprite, the China-based company took over and toppled over Pepsi as well. Currently, it has a market share of 15.6% and has risen to fame ever since 2009. So what makes Sprite’s marketing so special?

Thumbs Up and Sprite are both flagships of the same soft drinks conglomerate, Coca Cola. The marketing technique used for Sprite is putting emphasis on its ‘lemon’ flavour and by taking a dig at their competitor, Mountain Dew, by using catchy slogans and meme marketing. We take a look at this TVC called ‘Chalo Apni Chaal’ which was facilitated without signing up with a celebrity.

To kick off the summer of 2020, Sprite just launched a new commercial captioned ‘Garmi Mein Doubt Hatao, Sprite Uthao’. It brings in the essence of summer by reminding viewers how Sprite is the breath of fresh air they all need to cool off in the summer months. The Hindi TVC stars Taapsee Pannu and Ayushman Khurana, while the Telugu audiences can see Kavya Thapar and Anumolu Sushant.

The Vice President of Sparkling Category, Coca Cola and South-West Asia declared how judgments and stereotypes follow every action and decision of today’s youth. Hence, this lighthearted commercial is a necessary reminder amidst all the chaos to stick to your goals irrespective of the confusion. Who knew such a strong value could be conveyed so easily?

Advertisers around the world are trying to use less interaction to derive more meaning out of their posts and messages. By using Sprite as the key soft drink for summer, the company ushers in the summer months and also reminds us that a new year has begun with new responsibilities and tons of opportunities.