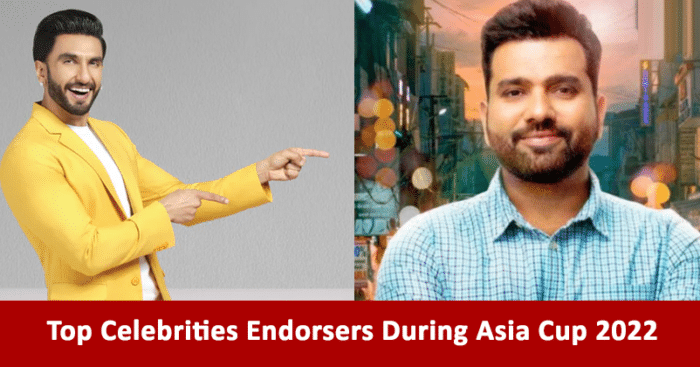 Set up in 1970 by ORG (Operations Research Group), AdEx India, the AIS (Advertising Information System) division of TAM Media Research is the country’s central and neutral advertising monitoring and information powerhouse. AdEx primarily monitors a buffet of mediums such as Print, TV, Radio, and the latest addition is Digital.

Akshay Kumar ranks on top of TAM’s latest AdEx report (January-June 2022) and list of most visible endorsers on television. The actor was visible with an average visibility of 37 hours per day across all channels

Asia Cup 2022 was amongst the most watched tournaments of the year. The matches between India-Pakistan garnered a lot of attention and were watched by millions at a time.

This was when the brands rolled out the most ad campaigns to make the most of the viewership. In those campaigns, many renowned faces endorsed the leading brands.

There were many celebrities who were ambassadors of multiple brands at a time and were paid handsomely for the same. 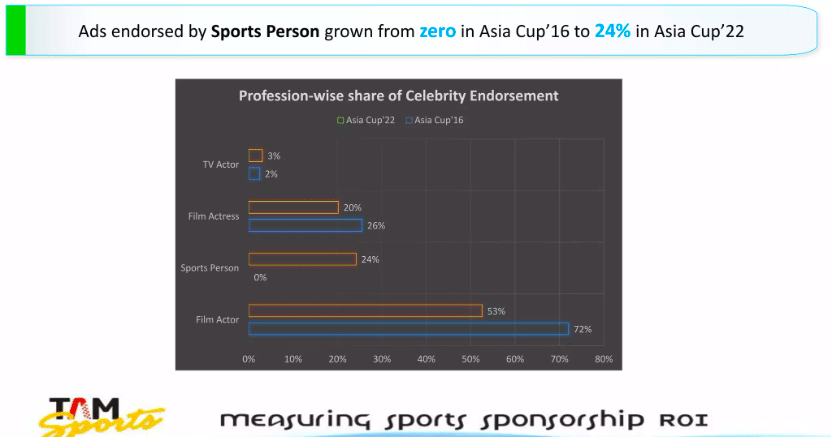 As per TAM Media Research, over 55 advertisers and 85 brands from India have put their advertising monies into Asia Cup 2022. 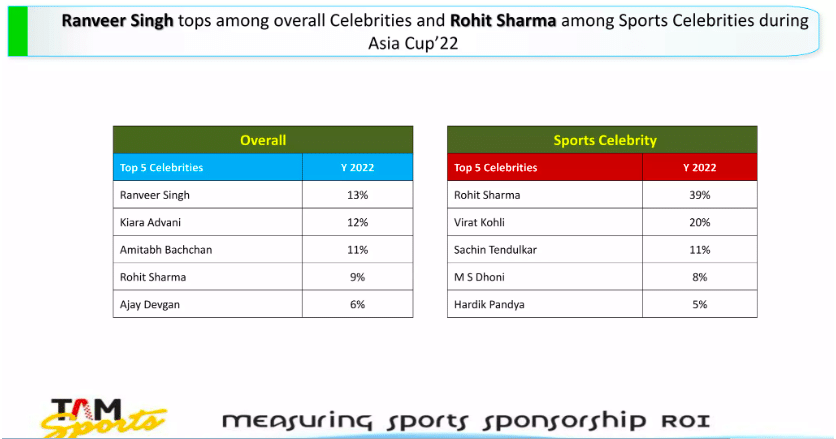 While Rohit Sharma was amongst the sports celebrity to top the list with 39% visibility in ad campaigns. 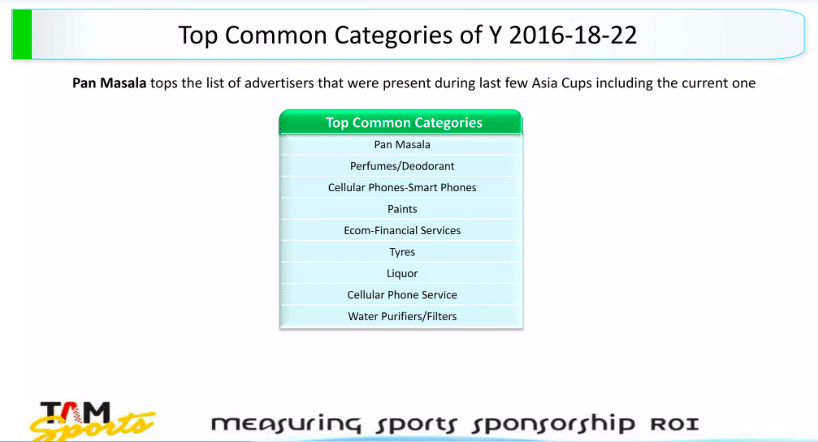