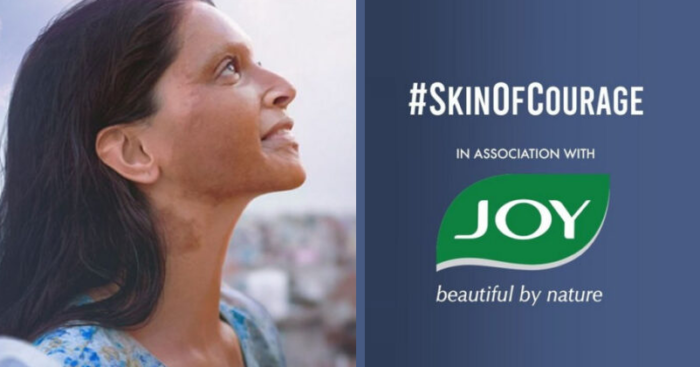 Meghna Gulzar’s movie Chhapaak, which is about an acid attack survivor, starring Deepika Padukone is going to hit the cinemas on January 10.

The movie touches one of the most sensitive topics in our country. And in such sensitive category, brand RSH Global has collaborated with Chhapaak to spread awareness about its new product, “Joy Sensitive”, which is for people with hyper-sensitive skin, also suitable for acid attack survivors. 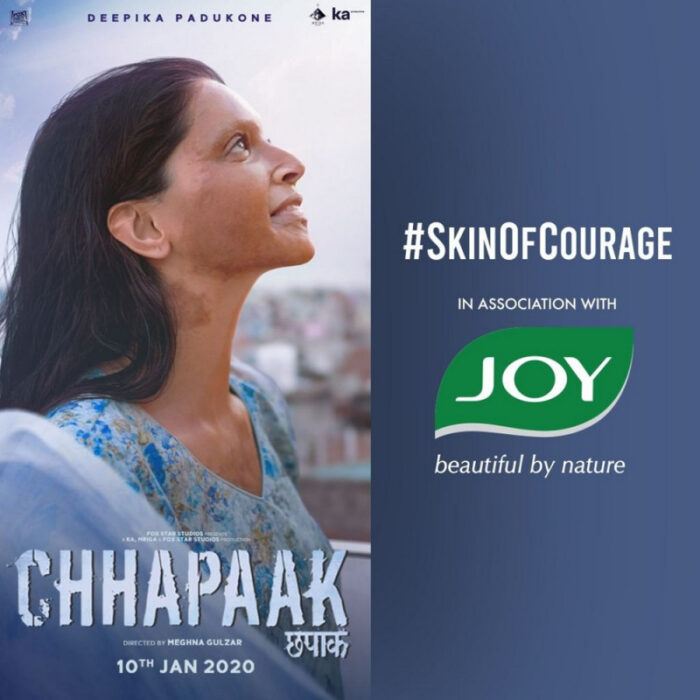 Well, many raised the question over the intentions of the brand whether it really wants to help acid attack survivors or just want to sell its product the particular category of consumers.

Obviously, the brand stand is that we want to help acid attack survivors, but many experts say it is just a marketing gimmick. Let’s find out what exactly happened.

RSH Global has launched a new range of products called ‘Joy Sensitive’, which includes a face-wash, moisturiser, cream, and sunscreen, and is for people with hyper-sensitive skin, also suitable for acid attack survivors. The brand has collaborated with Chhapaak and launched a campaign called #skinofcourage and launched a video to promote its product.

Well, RSH Global says that it wants to reach a wider audience with the help of movie and help more people, but experts say brand intentionally delay the launch of product and waited for the release of the movie and it is just advertising tactics.

Explaining why the brand waited until now to launch this range of products, Poulomi Roy, CMO, RSH Global, said, “After our R&D in September, in the month of December, we came to know about the detailed storyline of the movie Chhapaak from trusted sources and hence decided to associate with the ‘larger cause’. We were clear that we are not looking for a film integration or a conventional co-branded promo. We spoke to Fox Studios and explained how the brand’s association with the cause highlighted in the movie can help us reach a wider audience, we thus began our endeavour of association.”

She also added that it took a long-pitch to convince Fox Studios about their genuineness.

“The producers, director and cast of the movie were very cautious to associate with any brand but when vetted with the fact that our endeavour was pre-planned and genuine, the synergy matched,” she said.

Well, experts think advertently. They say, as per the brand, the product was dermatologically tested on 20 people with hypersensitive skin and has not been tested on real-life acid attack survivors. So it is a gimmick and will have a negative image on the brand image.

Well, now only feedback of users and results of the product can only tell whether it was a marketing gimmick or an important innovation.