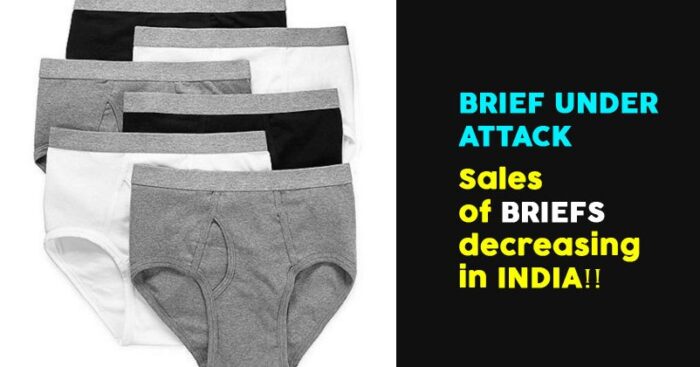 With the many things that the last quarter has witnessed, it has also witnessed a major and unexpected fall in the sales growth of men’s innerwear (demonstrated by |men’s underwear index) as Indian consumers struggled to stretch budgets to cover discretionary spending. 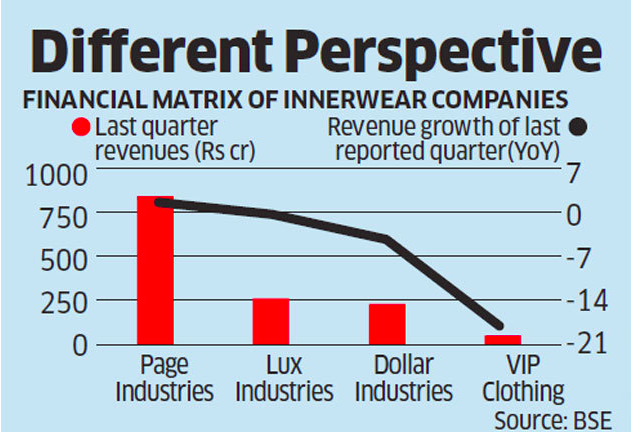 Conceived by former US Federal Reserve Board chairman Greenspan in the late 1970s, the “men’s underwear index” suggests that declines in the sale of men’s underwear indicate a poor overall state of the economy, while upswings reflect the opposite. 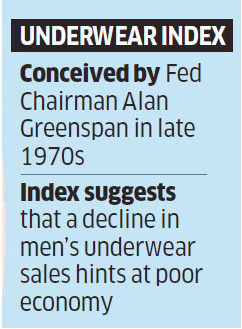 The quarterly performance of the top four listed innerwear firms were noted to be the weakest in the decade. While Page Industries, which sells the Jockey brand of innerwear, grew 2%, its slowest expansion since 2008, Dollar Industries and VIP Clothing saw a decline of 4% and 20%, respectively. To note Lux Industries sales were flat in the quater.

As per the experts shrinking disposable income is the prime reason Indian consumers are holding back from new purchases even in essential categories and staples.

Page Industries which controls a fifth of the men’s innerwear market, has been the darling of fund managers thanks to its ability to defy a challenging macro environment until now. Volume had grown even in the aftermath of the financial crisis, in the slow-growth phase between 2013 and 2016, demonetisation and inventory destocking due to the implementation of the goods and services tax (GST).

Vinod Kumar Gupta, Managing Director of Dollar Industries said “The primary reason for the drop is rural distress, flattening lending conditions, which is again due to the rising NPAs (nonperforming assets) in the banking sector, and the ailing health of financial institutions, especially NBFCs (nonbanking finance companies). The unemployment rate has also been very high. All these factors have led to a decrease in expenditure at the consumer level. Availability of funds (has) also slowed down at the MSME (micro, small and medium enterprises) level as well.”

The innerwear category which is estimated at Rs 27,931 crore, accounts for 10% of the total apparel market and is expected to grow at a compounded annual growth rate of 10% over the next decade to Rs 74,258 crore. Experts, however, feel innerwear is evolving from being functional to a segment with a fashion quotient. It’s also shifting from a price-sensitive category to a brand-sensitive one.

The slowdown has been reflected in the valuation of innerwear companies. Over the past year, both Page and Lux have fallen 46% while Dollar Industries has seen an erosion of 33% in its share price. VIP Clothing declined 76% over the past year.