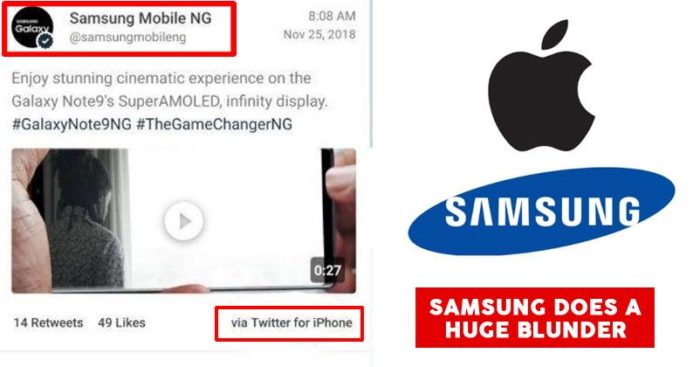 Social media has become a lucrative tool for brands to market their products and services. Internet helps them reach a wide range of audience but like any other tool, it has some negatives also. Just a few days ago we talked about how some small mistakes have proven costly for brands in the past and Samsung is experiencing something similar right now. 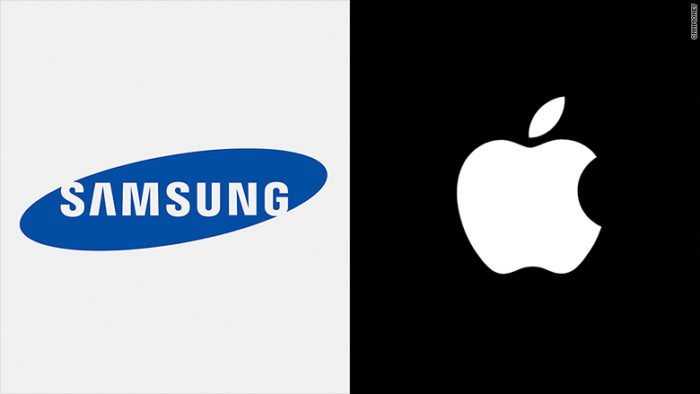 Samsung and Apple are popular as rivals in the smartphone market. Samsung has released several videos targeting cons of Apple iPhones but accidentally the smartphone maker is in trouble right now due to a terrible mistake.

The marketing team of Samsung must be terrified right now as they got caught using an Apple product on the official Twitter handle. This was first spotted by the self-proclaimed Twitter Police, Marques Brownlee, who goes by the name @MKBHD. He uploaded the picture as a proof.

As expected, users on social media came to know about this and they started trolling Samsung online. Check out some of the responses here:

Most of them last year. pic.twitter.com/G4fW5AHrQB

Someone is getting fired after that?

He's gonna get himself blocked from Samsung now lol😂😂

Something Samsung needs to deal with

There is nothing wrong in using rivals products. But after critising @Apple store genius, this is something @SamsungMobile definitely needs to deal with.

Wonder how Apple will reply to this.