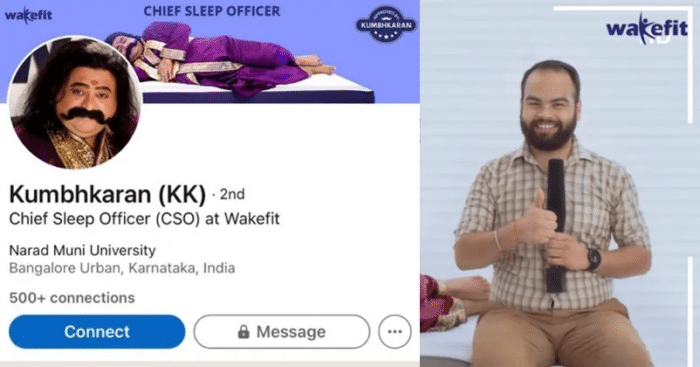 In one of the quirkiest ad campaigns rolled out this year, Wakefit.co decided to seek Kumbhkaran’s help to advertise their mattresses. Talk about delivering value to the right target audience!

By roping in Kumbhkaran, the biggest sleep influencer in the world, Wakefit.co topped their messaging by unconventionally incorporating their target audience. What a masterstroke!

The campaign tagline and concept ApprovedByKumbhkaran 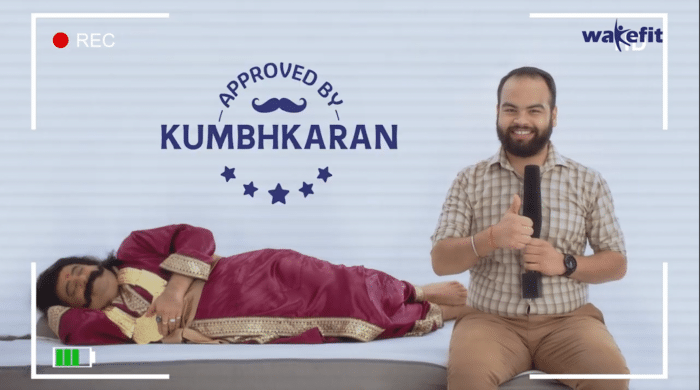 Wakefit.co rolled out a video ad campaign that featured the infamous Kumbhkaran, known (and secretly adored by many) for sleeping unusually long hours.

The video starts with a curious reporter “investigating” the reason for Kumbhkaran’s sound sleep. The reporter visits Wakefit’s lab to know how this startup has managed to “entrap” the sleep influencer. 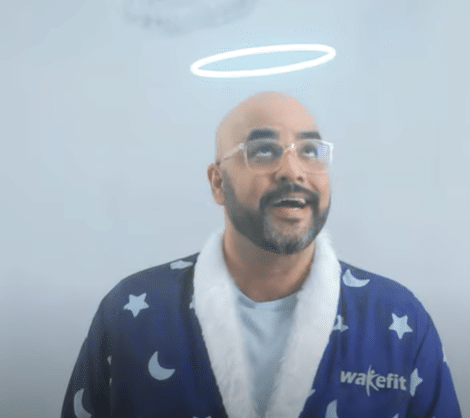 A lab technician is shown to enter the scene who then takes the reporter through the R&D that goes into creating Wakefit mattresses. He emphasises how science and not magic is the secret behind these mattresses.

The technician then displays the four Wakefit mattresses and talks about their features while rolling Kumbhkaran onto each. The reporter is stunned at how, during all of this commotion, Kumbhkaran doesn’t  get perturbed in the slightest and continues sleeping peacefully. All of this proves how Wakefit mattresses are the best for a good night’s sleep as they have been #ApprovedByKumbhkaran.

Wakefit’s campaign became the talk of the town in no time. It is one of the quirkiest campaigns to have been rolled out this year. With a mix of both peripheral and central routes of persuasion in advertising, this ad campaign has upped the ante on how brands can creatively promote their products to their target audience.

Point in case, Wakefit’s sleep influencer, Kumbhkaran, also had his own dedicated Linkedin profile, where he interacted with the audience and told them why Wakefit mattresses were just so good. 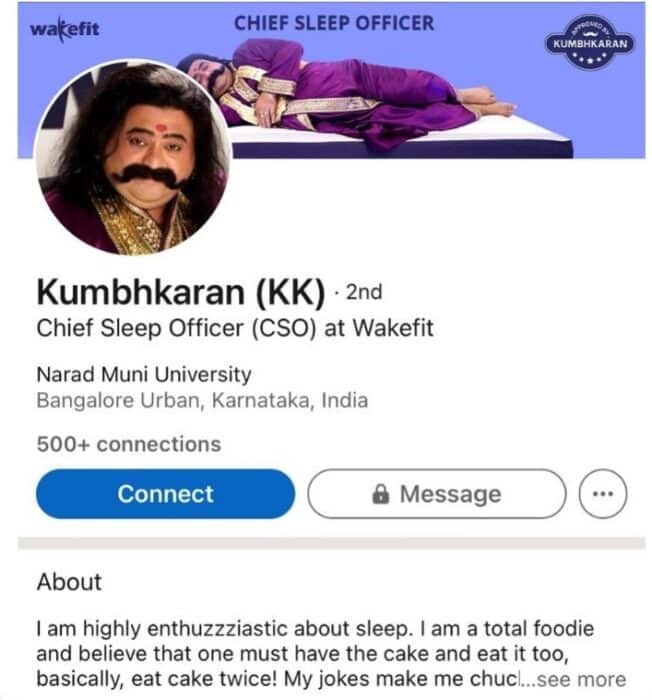 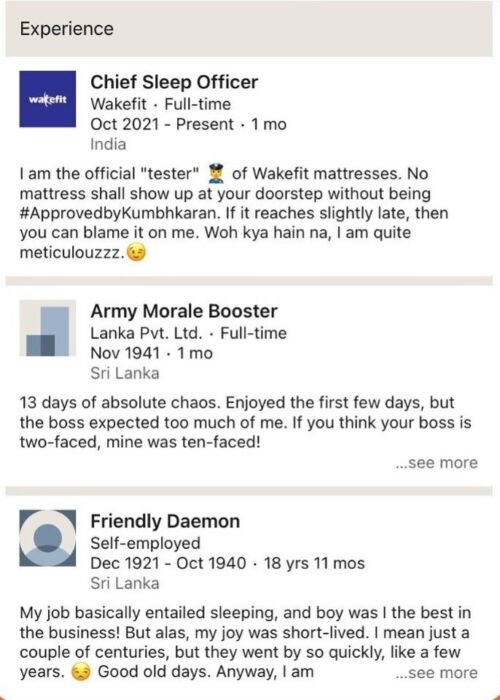 Engaging with the audience and indulging in some brand-banter is always a good idea, and Wakefit through Kumbhkaran used this to the best of their ability. Within four days, Kumbhkaran’s profile had 6K+ views, 600+ connections, and 672 followers. The seven posts by Kumbhkaran on LinkedIn had a total of 76K views! 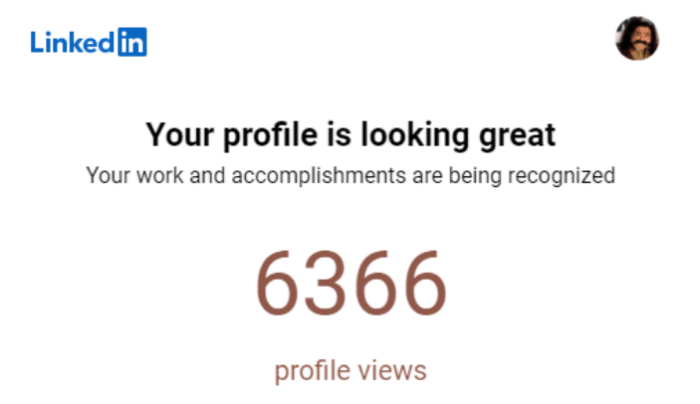 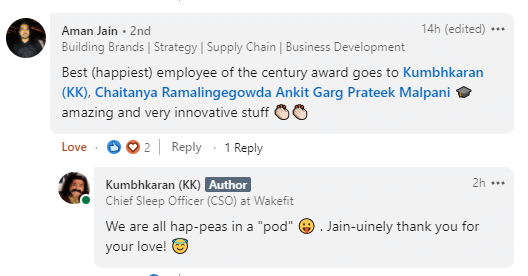 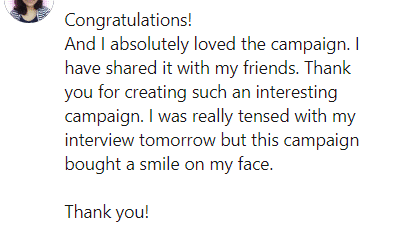 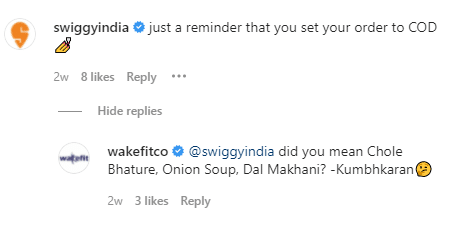 Another fun way of interacting with and engaging the brand’s audience was through the newsletter takeover by Kumbhkaran. Announcing that he would be the “snorator” for the week, Kumbhkaran shared his Netflix watchlist, Swiggy order, and Spotify playlist with the readers. Not only the audience, but  Kumbhkaran himself seemed to be having a blast as the Chief Sleep Officer! 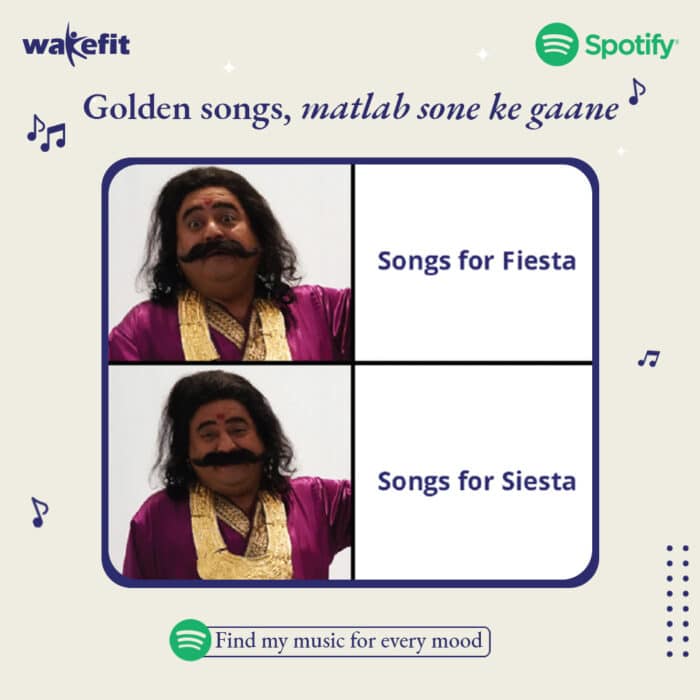 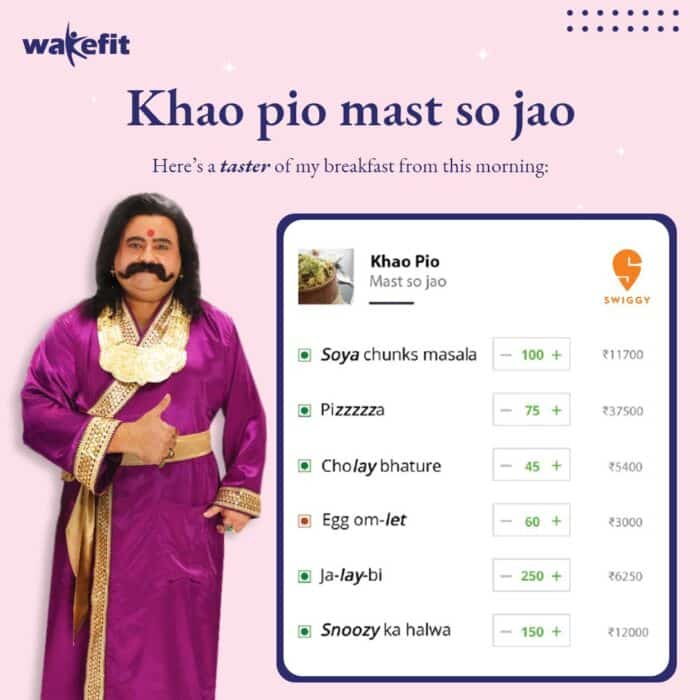 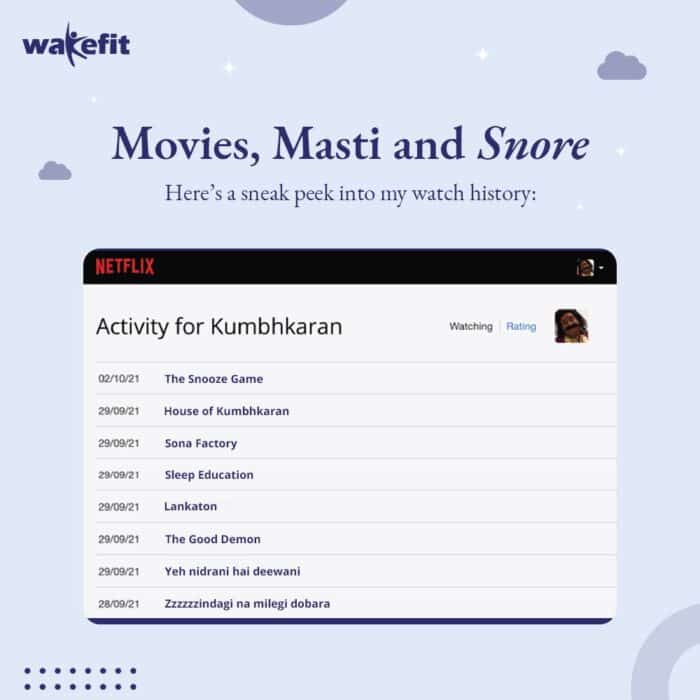 The Chief Sleep Officer also announced that he’d be going Live, something that has never been pulled off before. 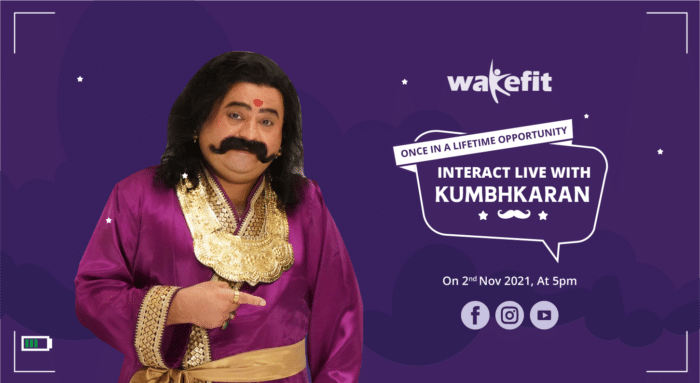 The attendees were left amused by the event as they found Kumbhkaran doing what he does best in the live session — snoring like a champion! The participants then were invited to send their queries to the Chief Sleep Officer on his official email ID, [email protected]. They flooded Kumbhkaran’s inbox to only get Out of Office (OOO) replies from the Sleeping Giant. Not only were his replies hilarious, but they also came with a promise of a discount voucher code, leaving the senders pleased beyond expectation.

The popularity of this activity can be guessed by the fact that it was seen trending on Twitter.

This is not the first time that Wakefit has done something out-of-the-box. The brand offers a sleep internship program too. With Kumbhkaran, Wakefit decided to take things to a different level, quite literally.
Chaitanya Ramalingegowda, Co-Founder and Director of Wakefit.co., says, “With our sleep internship program, we have celebrated people who love sleep. But for the festive season, we needed the biggest sleep influencer there ever was. And who better than Kumbhkaran to exemplify the need for sleep in Indian households!”
He further added , “With the #ApprovedByKumbhkaran campaign, we not only wanted to inject our usual dose of light-hearted humor but also bring to light our R&D capabilities. Our mattresses are one of the highest-rated on the internet, with more than 1 Lakh reviews, and we wanted to showcase our leadership in the market through this campaign.”
Through engaging and fun yet valuable content created around the  Kumbhkaran campaign, Wakefit defined the relationship it wants to establish with its audience. The brand went viral with the ‘Neend ka maayajaal’ ad campaign and easily grabbed eyeballs with their unique way of communicating their product’s benefits to their audience. They were also able to highlight the inner works and show how their comfortable mattresses can put anyone to sleep.
Wakefit started its journey as a sleep solutions company creating innovative sleep products that help you get a good night’s sleep. They have now ventured into the world of home solutions with a belief that good sleep should be accompanied by good living. You can browse through their furniture range by visiting their website: https://www.wakefit.co/
This D2C sleep and home solutions brand is revolutionising the industry with their take on engaging and conversation-building marketing campaigns. Do you agree?
Tell us what you think of this ad campaign in the comments!