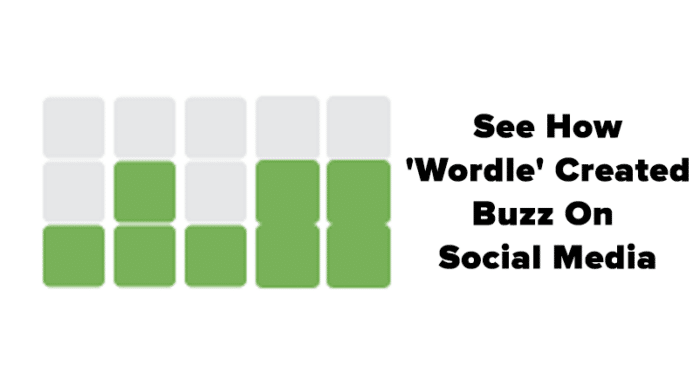 Games are not only for the kids but for every age group it seems, especially when it comes to mind games! This five letter word termed as ‘Wordle’ is the new buzz among people. Apparently ‘Wordle’ is an online puzzle-solving game that has gained a huge internet fan following with it’s interesting concept and hardcore publicity.
If you are an user on Twitter you must have come across people sharing a box with grey, yellow and green tiles. Still wondering what it is? Worry not, we are here to clear, rather solve all your doubts.

These colored blocks/tiles are nothing but your Wordle score board.

Wordle is a five-letter word game that gives you only six chances to guess the word of the day. Sounds simple right? it’s not. Here is the twist! There are no clues up front to start the game, you have to make the initial guess. You only get six chances, and that’s where you struggle. There are three titles, green, yellow, grey, that tell you how close you are to your victory.

How Do You Play Wordle?

The five-letter word game begins with your initial guess. The green box indicates the letter is correct and in the correct position. The yellow box means the letter is in the answer but not in the right place, and the grey box tells you that the letter is incorrect.
The best part about this is, all the Wordle players get the same word for the day. So every player is guessing the same word and that is what makes it fun and challenging at the same time.

Had to exhaust as many letters as possible to figure out the beginning! Phew!

It all started when Josh Wardle who is a software engineer in Brooklyn created the game for his partner Palak Shah who apparently is a fan of word games. Initially the couple played it for months and later it was released to the public in October. As of November, only 90 people played it and just over two months later, more than 300,000 people played the game.

2) If unsuccessful, do exactly the same for guess #2.

Soon in mid-December, Josh introduced a ‘share’ feature to the game, which allowed people to brag about their victory on social media and that’s when and how it went viral.
This is not the first time Mr. Wardle did something like this that has caught people’s attention. Previously a software engineer for Reddit, he created two collaborative social experiments on the site, called The Button and Place, that each was a huge success as well.

This online puzzle solving word game will indeed blow up your mind with it’s exclusivity and creativity. Have you played Wordle yet? If not, what are you waiting for!