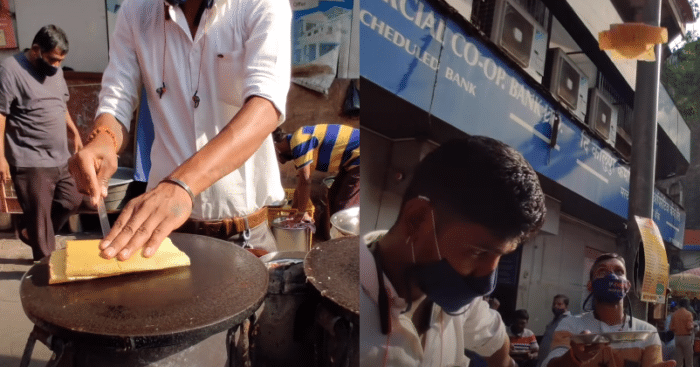 With time, people have been trying to find new ways to promote their businesses. A good marketing technique or a USP in your product can help go a long way.

Sometimes entrepreneurs get out of ideas to make an impact in the market and attract customers and eventually run out of business. No matter how much financial backup they have, they are just unable to get the returns. But there are some who make the most of their talent and make a name for themselves somehow.

Recently, a video of a food joint in Mumbai that serves the iconic ‘Masala Dosa’ has gone viral recently. Shree Balaji Dosa in the city’s Kalbadevi area came to be known for what they call a ‘Flying Dosa.’

In the video, two people can be seen working as a team. While one makes the dish, and the other stands right next to him with a plate in his hand to catch the dosa. The cook can be seen displaying spectacular skills in the videos leaving everyone around him in awe.

The video was shared by Street Food Recipes on their Facebook page and has since received over 1.8 million likes and 230k shares.

Though the video has gone viral, it has also received a lot of mixed reviews. Many lauded the cook’s talent to not only cook perfectly looking crisp dosas but also flip them in the air and land them perfectly on the plate. But there were some who were not very happy with the air flip of the dosa and called it completely unwanted. 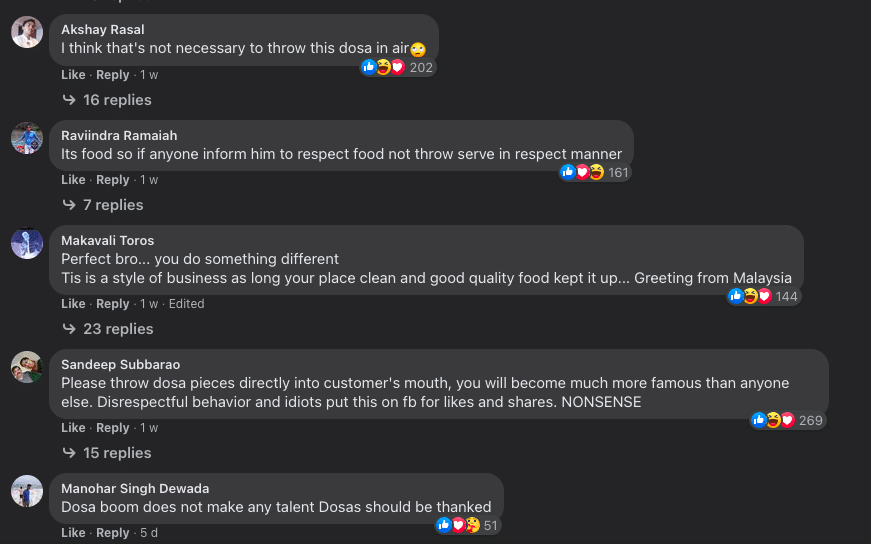 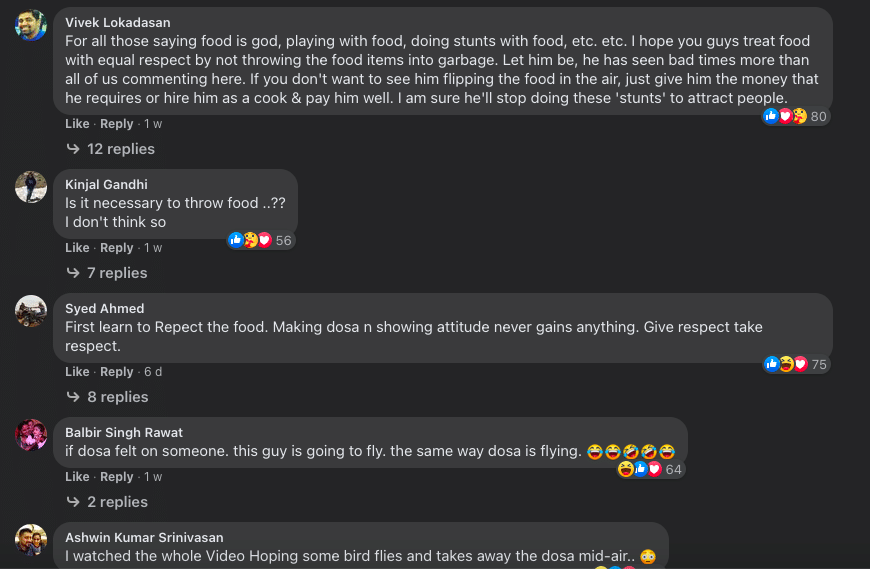 Though the views were mixed, one thing is clear than this ‘dosa wala’ has gone viral and will be known for what he does by almost everyone on the internet.