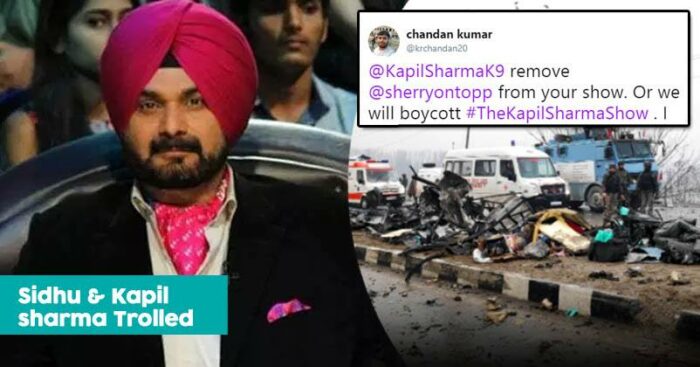 The entire nation is mourning the Pulwama attack, which led to a loss of 40 CRPF soldiers. This terrorist attack killing of our soldiers has left everyone raging with anger and the public is using social media as a means to vent their emotions out and also plead the government to take strong action against such a cowardly act. The patriotic emotions of people are on an all-time high and everyone seems a little over-sensitive. Those who are caught making slightly easy remarks are trolled badly.

And one of the celebrity-politician who has been caught in action is none other than Navjot Singh Sidhu. Sidhu who is a Punjab Cabinet Minister also features on the Kapil Sharma Show and a recent remark he made on the show about the terror attack hasn’t been received well by the people. Condemning the attack he said, “For a handful of people, can you blame the entire nation and can you blame an individual?” “It (the attack) is a cowardly act and I condemn it firmly. Violence is always condemnable and those who did it must be punished,” he added, shared a PTI report. 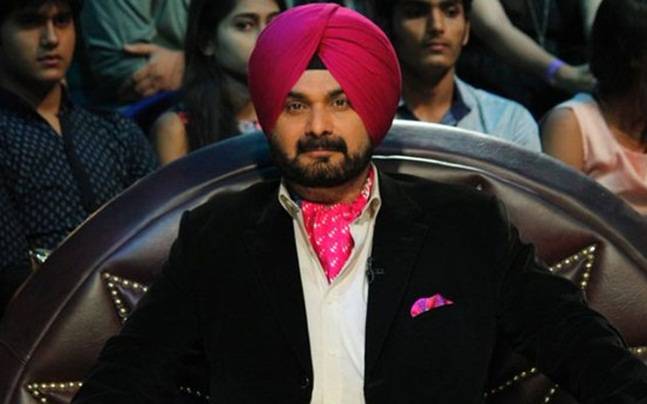 Twitter is demanding a ban on the Kapil Sharma Show and both Kapil Sharma and Navjot Singh Sidhu are trending in the tweets as people want to boycott the show.

@SonyTV @KapilSharmaK9 We request you to expel @sherryontopp from The Kapil Sharma Show & show courtesy to nation where you earn revenue. Removing him would be great tribute to our martyrs of Pulwama,else we would boycott this show henceforth "Kapil Sharma"

@KapilSharmaK9 remove @sherryontopp from your show. Or we will boycott #TheKapilSharmaShow . I request everyone to start campaign against Siddhu and against The Kapil Sharma Show. @SonyTV

We all must boycott Kapil Sharma show as long as Sidhu is there.

The entire nation is grieving the attack in which a terrorist rammed a vehicle carrying explosives in a security convoy on the Jammu-Srinagar highway. Prime Minister Narendra Modi said that those responsible for the attack will pay a ‘very heavy price.’ “Security forces have been given complete freedom, the blood of the people is boiling… Our neighboring country, which has been isolated internationally, thinks such terror attacks can destabilize us, but their plans will not materialize. My condolences to families of those martyred in Pulwama attack, those behind the terror strike will pay a very heavy price,” PM Modi said at an event in Delhi, reports PTI.

Heartfelt condolences to the families of our valiant jawans. May the souls of our countrymen who laid their lives down for us rest in peace. #Pulwama

Numb beyond belief at the dastardly terror attack on #CRPF soldiers in #Pulwama. May God give peace to their souls, and strength to their grieving families. Wishing the injured a speedy recovery. We can’t let this be forgotten.

Absolutely shocked by the attack in #Pulwama…Hate is NEVER the answer!!! Strength to the families of the martyred jawans and the CRPF soldiers injured in the attack.