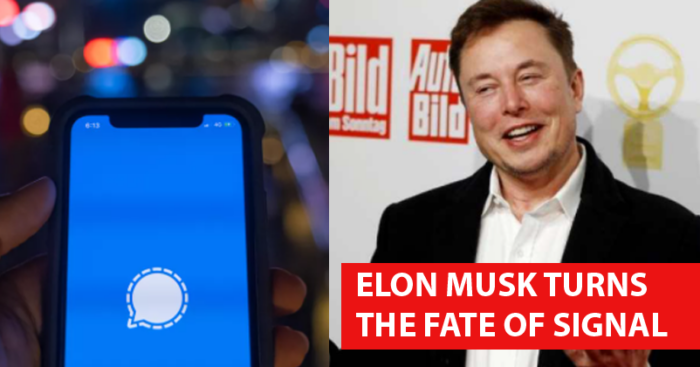 WhatsApp’s new privacy policy row announced on 8th January 2021 led to the rise of Signal, another chat communications app that apparently received quite a lot in donations from Tesla’s CEO Elon Musk. WhatsApp’s new update has claimed of using data with Facebook and other third parties, making individuals reconsider using the app. Moreover, Musk also tweeted how everyone should make the switch and ‘use Signal’ in a tweet.

Additionally, Pavel Durov’s Telegram attained a similar reach by 5% after WhatsApp’s official privacy policy update. Even before that, it had a steady growth of 28% worldwide. So many people use WhatsApp. However, the app has witnessed a significant downward linear ever since. 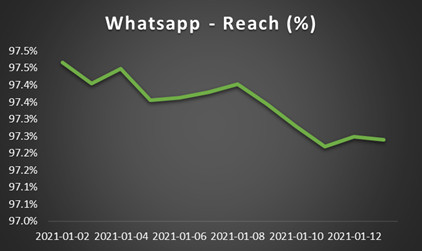 In another tweet, Signal also shared how users could migrate from other apps to Signal in a convenient way that would ensure end-to-end encryption and no further loss of data.

A lot of people have been asking how to move their group chats from other apps to Signal, and Signal group links are a great way to get started. Drop a group link into your former chat app of choice like you're dropping the mic on the way out. pic.twitter.com/q49DeZufBG

A detailed comparison between Signal, WhatsApp, and Telegram shows how Signal faired in all three metrics leaving WhatsApp and Telegram quite stagnant.

Facebook-owned WhatsApp tried to come up with a number of redressals ever since, from posting a status update on the app to posting full page ads. Currently, they are doing damage control. WhatsApp also officially tweeted on Twitter how they DO NOT share data with Facebook and third-party applications.

We want to address some rumors and be 100% clear we continue to protect your private messages with end-to-end encryption. pic.twitter.com/6qDnzQ98MP

Only time will tell which app becomes the world’s favorite. It is true that WhatsApp is currently trending on both the PlayStore and App Store, however, the recognition will be short lived if more claims come forward about the data breach and misuse.

Have you already bid goodbye to WhatsApp?