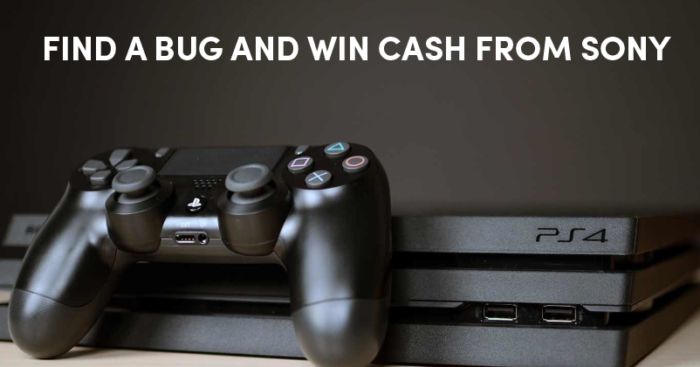 Bug bounty programs have become really popular in the tech industry. Many tech brands hire ethical hackers to find a bug in their software and even get paid in return.

In recent news, Sony has announced its own bug bounty program for its PS4 and the PlayStation Network. The highest pay goes to the ethical hackers who are able to find critical vulnerabilities in PS4 which is $50,000.

Sony has partnered with HackerOne, a leading security platform, to help run this bug bounty program.

Sony said in a statement this week,

Apparently, Sony will award a bounty to the first hacker who reports a previously unreported vulnerability.

Ethical hackers have earned almost $100 million in bug bounties on the leading security platform HackerOne. A YOY growth of 85.6 % in total bounty payments with an increase of 17.5 % has been reported since Covid-19 was declared a pandemic.